This article has the most up-to-date info on the status of Family Therapy with Dr. Jenn season 2 as we continuously monitor the news to keep you in the know. VH1 is yet to make a decision on its future. Subscribe to our automatic updates below. 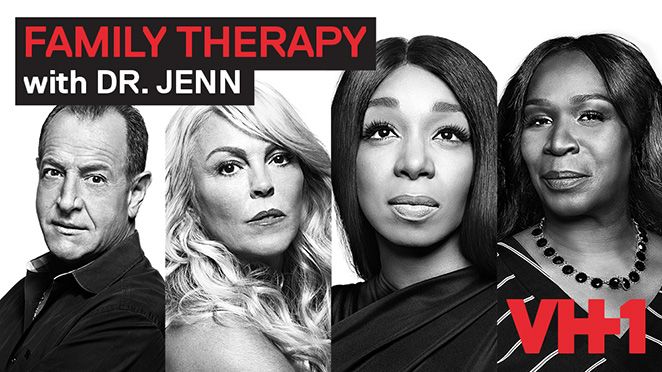 The families on the show undergo a three-week intensive family therapy course at the retreat center with Dr. Jenn Mann and as well as assistance from Dr. Christian Conte, an anger management expert. The five families featured in the debut season of the show are Dina and Michael Lohan, Tiffany Pollard, Bam Margera, Briana and Brittany Dejesus, along with Dash brothers – Damon, Jeremy, Dash and Bobby. All of them are seeking relief from the toxic relationships they are in, along with striving for sobriety, dealing with sibling rivalry, finding closure and striving for general harmony.

Family Therapy with Dr. Jenn scored a 7.3/10 rating on IMDb, and although the score is based on a mere 15 reviews, it does show the degree of popularity that the show has in a certain audience segment. It`s a little early to predict whether of not the reality program will live to see another season, as there are quite a few episodes that will still air before the freshman season wraps up, so please stay tuned for relevant info.

Subscribe to receive news and updates when a show is renewed or canceled. You will receive an automatic email when theFamily Therapy with Dr. Jenn season 2 Episode 1 release date is officially announced.

Share this with friends:
ReleaseDate.show » Release » VH1 is yet to renew Family Therapy with Dr. Jenn for season 2
Related Serial
When Will