This article has the most up-to-date info on the status of America`s Greatest Makers season 2 as we continuously monitor the news to keep you in the know. TBS is yet to make a decision on its future. Subscribe to our automatic updates below. 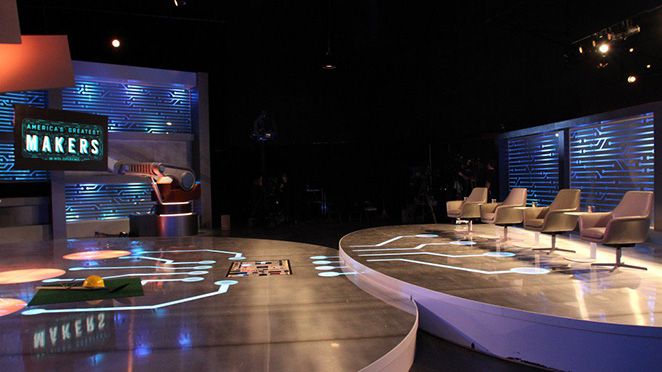 America`s Greatest Makers is a reality series that premiered on TBS on April 5, 2016. The show is produced by MGM Television and executive produced by Emmy Award-winning producer Mark Burnett. The panel of judges on this cutting-edge exciting technical competition show is comprised of Intel CEO Brian Krzanich, business expert Carol Roth, comedian and entrepreneur Kevin Pereira, along with one of the celebrity judge pool. Among the celebrities featured in the freshman season are Shaquille O`Neal, Kenny Smith, Mayim Bialik and Massimo Banzi.

The show features 24 teams of makers competing in a race to create a groundbreaking technology product and win the $1 million prize in the end. On the surface the series resembles Shark Tank, but is a more in-depth exploration and, in fact, more of an entrepreneurial and technological incubator, with collaboration from Berkeley School of Haas on a business crash course, and integrated Intel Curie used for prototyping. The first season of inspirational presentations focuses on wearable technology and smart devices.

America`s Greatest Makers premiered to 651,000 million viewers and a 0.3 18-49 demo rating, and, having dipped about a hundred thousand viewers for the second episode, went up to 786,000 for the third part. The viewership numbers are very reasonable to be considered for a second season renewal, and although no announcements have been made yet, it seems that such a serious and positively charged show will be deservedly renewed for another season. Stay tuned for network news.

Subscribe to receive news and updates when a show is renewed or canceled. You will receive an automatic email when theAmerica`s Greatest Makers season 2 Episode 1 release date is officially announced.

Share this with friends:
ReleaseDate.show » Release » TBS is yet to renew America`s Greatest Makers for season 2
Related Serial
When Will