This article has the most up-to-date info on the status of Drive Series 2 as we continuously monitor the news to keep you in the know. ITV is yet to make a decision on its future. Subscribe to our automatic updates below. 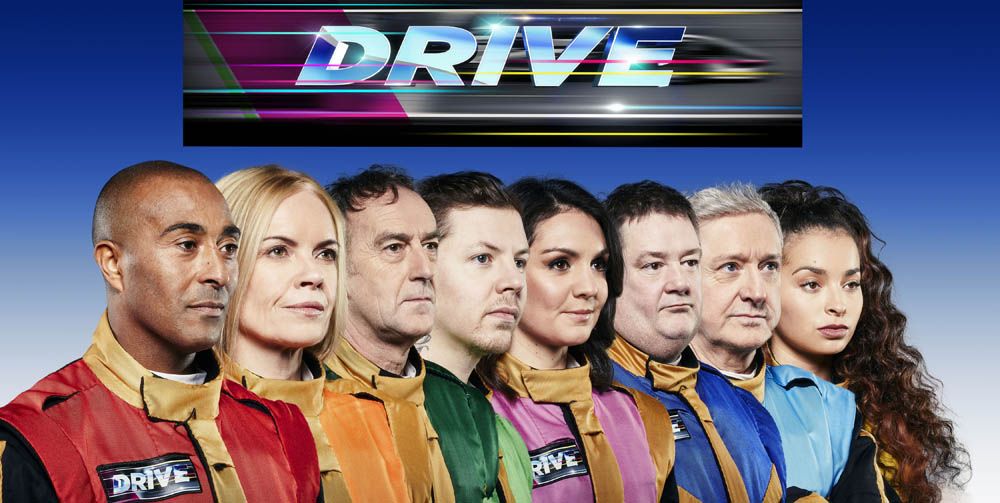 The compelling program features eight celebrities competing against each other in a thrilling driving race to see who has what it takes to be a race car driver. There are various challenges, such as the night race, and different types of vehicles used in each – 4x4s, rally autos, buggies among them. The full range of driving skills as well as psychological tolerance are tested in this thrilling competition show. The roster of participants this season includes rapper Professor Green, comedian Johnny Vegas, X Factor series judge Louis Walsh, Colin Jackson, Mariella Frostup, Angus Deayton, Ella Eyre and Laura Tobin.

The premiere of the show, although far from original in its idea and format, and obviously inferior to Top Gear, was hailed as reasonably entertaining. The viewership ratings, however, do not look particularly promising in regard to a possible renewal. The debut episode drew an average of 1.97 million viewers and a 9.4% share of the audience. Although far from stellar, the ratings were enough to make Drive the second-watched series in its time slot on Tuesday evening. By the third week into the freshman series Drive has lost almost half a million viewers, which makes a renewal even less likely. Stay tuned for the news on the program`s future.

Subscribe to receive news and updates when a show is renewed or canceled. You will receive an automatic email when theDrive Series 2 Episode 1 release date is officially announced.

Share this with friends:
ReleaseDate.show » Release » ITV is yet to renew Drive for series 2
Related Serial
When Will