This article has the most up-to-date info on the status of Trailblazers season 2 as we continuously monitor the news to keep you in the know. Discovery Channel is yet to make a decision on its future. Subscribe to our automatic updates below. 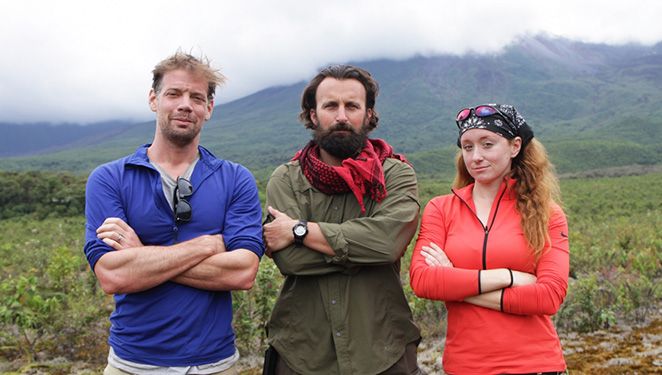 On March 30, 2016 yet another exciting survival show was launched by Discovery Channel. It is produced by October Films and executive produced by Chris Muckle, Jake Laufer, Matt Robins and Christo Doyle.

What is the twist that makes this show stand out among numerous other survival series. Well, this program is centered around three elite survival experts leading three teams of scientists through some of the harshest terrains in the world. The three teams will explore three regions in different parts of the world in search of information and clues that could be grounds for future scientific breakthroughs. Nick Koumalatsos, Shaun Keilen and Gary Humphrey all have military background in the Marines or Navy Seals with decades of combined experience in a variety of tough environments between them – from the Arctic and the Middle East to Afghanistan and Asian jungles. Will they manage ito accomplish their missions and keep everybody in their expeditions safe in sound on a Papua New Guinea island, in the Bolivian jungle and in the volcanic landscapes of Ecuador?

The scientists came out of their laboratories to search for answers to some of the most difficult questions in different fields. They are experts in their respective areas, but are they ready for the challenges that they are about to face? Tune in and find out how teamwork and strong leadership keeps the crews afloat.

Subscribe to receive news and updates when a show is renewed or canceled. You will receive an automatic email when theTrailblazers season 2 Episode 1 release date is officially announced.

Share this with friends:
ReleaseDate.show » Release » Discovery Channel is yet to renew Trailblazers for season 2
Related Serial
When Will