The release date for Quit Your Day Job season 2 — Pending

This article has the most up-to-date info on the status of Quit Your Day Job season 2 as we continuously monitor the news to keep you in the know. Oxygen is yet to make a decision on its future. Subscribe to our automatic updates below. 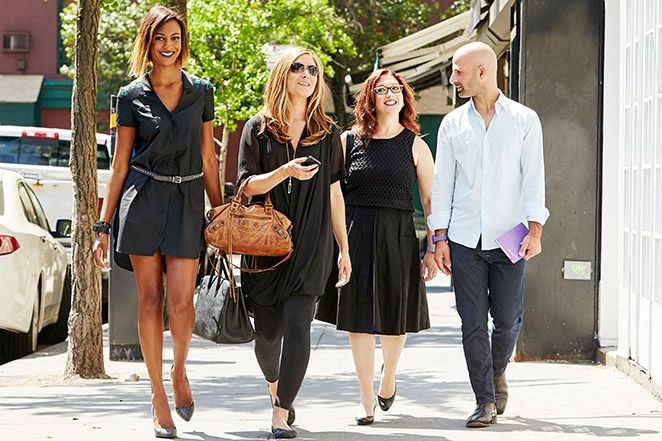 The show offers aspiring young entrepreneurs first-hand experience and mentoring from the resident business experts. They are: technical mogul Randi Zuckerberg, founder and CEO of Zuckerberg Media- Ido Leffler who co-founded a natural cosmetics line, and runs a line of school supplies- CEO of LMB Group Lauren Maillian, who has launched the first winery in Virginia that is owned and operated by African Americans- and Sarah Prevette, who has founded several successful projects, such as Sprouter, Betakit and BrandProject. The aspiring business professionals have a life-changing opportunity to pitch their ideas to the angel financiers, and receive practical advice and an honest appraisal of their projects` potential. Marie Claire`s executive editor Lea Goldman also participates in advising the future business stars in every episode.

The series premiered to 169,000 viewers and a 0.1 rating in the 18-49 demo, dropping to 55,000 by the second episode, viewership numbers that are less than impressive. The reasons behind such a lack of popularity aren`t quite clear, perhaps the tough love shown by the investors in the trailer portrays part of the problem, with many pitchers driven to tears by the mentors. However, usually the more drama there is in a reality series, the better its ratings, so that shouldn`t have been the problem. Things may change as the series progresses, but it might be difficult for Quit Your Job to resurface ratings-wise. Stay tuned for relevant announcements.

Subscribe to receive news and updates when a show is renewed or canceled. You will receive an automatic email when theQuit Your Day Job season 2 Episode 1 release date is officially announced.

Share this with friends:
ReleaseDate.show » Release » Oxygen is yet to renew Quit Your Day Job for season 2
Related Serial
When Will

Oxygen is yet to renew #killerpost for season 2

Oxygen is yet to renew Strut for season 2

The release date for Strut season 2 — PendingThis article has the most up-to-date info on the status of Strut season 2 as we continuously monitor the news to keep you in the know. Oxygen is yet to make a decision on its future. Subscribe to our…