This article has the most up-to-date info on the status of Finding Bigfoot season 10 as we continuously monitor the news to keep you in the know. Animal Planet is yet to make a decision on its future. Subscribe to our automatic updates below. 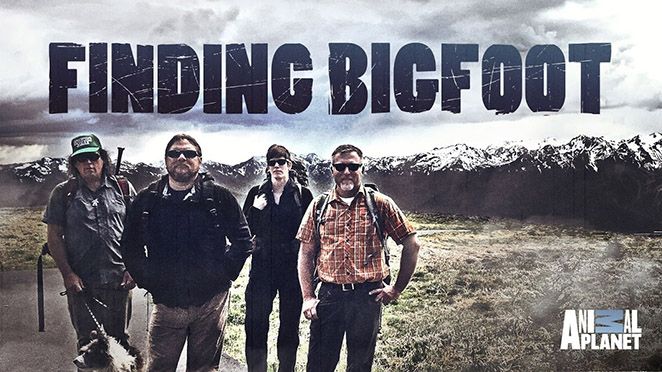 Finding Bigfoot is an investigative documentary television series that`s been broadcast on Animal Planet since May 30, 2011. The program is produced by Ping Pong Productions, and executive produced by Keith Hoffman, Brad Kuhlman, Casey Brumels and Chad Hammel. The program contains mostly one-hour episode throughout its eight completed seasons, as well as several 120-minute specials. The ninth season has been released on March 31, 2016.

The show follows a team of researchers from the Bigfoot Field Researchers Organization (BFRO). James “Bobo” Fay, Cliff Barackman, the skeptic Ranae Holland, and their group leader and BFRO founder Matt Moneymaker search for evidence of existence of the… well, basically mythical creatures. The researchers, however, don`t question the fact of Bigfoot`s existence, they just seem to see it in every shadow lurking in the forest and hear its steps in every snap of a branch.

The current season`s first episode saw the bigfoot expedition head to North California to meet with another group of bigfoot researchers. Other episodes take the team around the US to locations such as Southern Oregon, Mississippi, Arkansas, Tennessee as well as along the Appalachian Trail.

Eight completed seasons of the team`s futile attempts to actually find one real shred of evidence – and still going. Rather terrible reviews and ratings – 4.2 on IMDb with viewers using mostly words like “bad”, “really bad” and “terrible” to describe the series. How did it become one of Animal Planet top shows with a steady audience of approximately 1.5 million viewers? Not only that, Finding Bigfoot has also given rise to two related spin-off series – Finding Bigfoot: Further evidence and Finding Bigfoot: Rejected Evidence. Apparently, viewers just can`t get enough of the mesmerizingly unproductive efforts to prove that there is something beyond the mundane reality. Will they ever stop? Not any time soon.

Subscribe to receive news and updates when a show is renewed or canceled. You will receive an automatic email when theFinding Bigfoot season 10 Episode 1 release date is officially announced.

Share this with friends:
ReleaseDate.show » Release » Animal Planet is yet to renew Finding Bigfoot for season 10
Related Serial
When Will