The release date for Max and Shred Season 3 — Pending

This article has the most up-to-date info on the status of Max and Shred Season 3 as we continuously monitor the news to keep you in the know. Nickelodeon is yet to make a decision on its future. Subscribe to our automatic updates below. 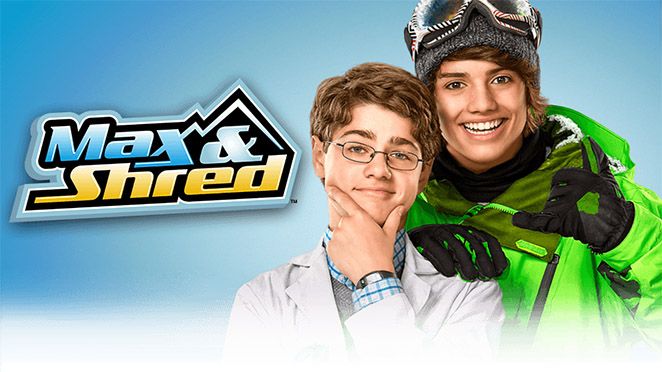 Max & Shred is a Canadian family sitcom TV series that centers on the unlikely friendship of Max Asher and Alvin “Shred” Ackerman. Created by writing partners Ben MacMillan and Josh Greenbaum, the series first premiered in the U.S. on Nickelodeon and in Canada on YTV in 2014. The current second season debuted on Nicktoons on March, 21, 2016.

Max Asher (Jonny Gray) is a snowboarding celeb who moves in with science whiz-kid Alvin “Shred” Ackerman (Jake Goodman) in Colorado as he trains for the Winter Cup. Despite their seemingly different personalities — Max loves to hit the slopes just as much as Shred loves to hit the books — the two form an unlikely bond that often tests their friendship. Abby Ackerman (Emilia McCarthy), Jill “Howie” Finch (Saara Chaudry), Lloyd Ackerman (Jean-Michel Le Gal) and Diane Ackerman (Siobhan Murphy) round out the cast of characters of Max & Shred.

With the conclusion of a successful 26 episode season 1 that ran through July 2015, Nickelodeon did not hesitate in announcing the renewal of Max & Shred season 2. Fans love the show for its good nature and portrayal of friendship, and have been turning in at a steady average of 1 million viewers per episode. The second season has yet to demonstrate the steadiness in ratings, so we`ll be sure to monitor the ratings and network announcements closely and inform you as soon as the future of the series becomes clear.

Subscribe to receive news and updates when a show is renewed or canceled. You will receive an automatic email when theMax and Shred Season 3 Episode 1 release date is officially announced.

Share this with friends:
ReleaseDate.show » Release » Nickelodeon is yet to renew Max and Shred for Season 3
Related Serial
When Will