This article has the most up-to-date info on the status of Man Vs. Child: Chef Showdown season 3 as we continuously monitor the news to keep you in the know. FYI is yet to make a decision on its future. Subscribe to our automatic updates below. 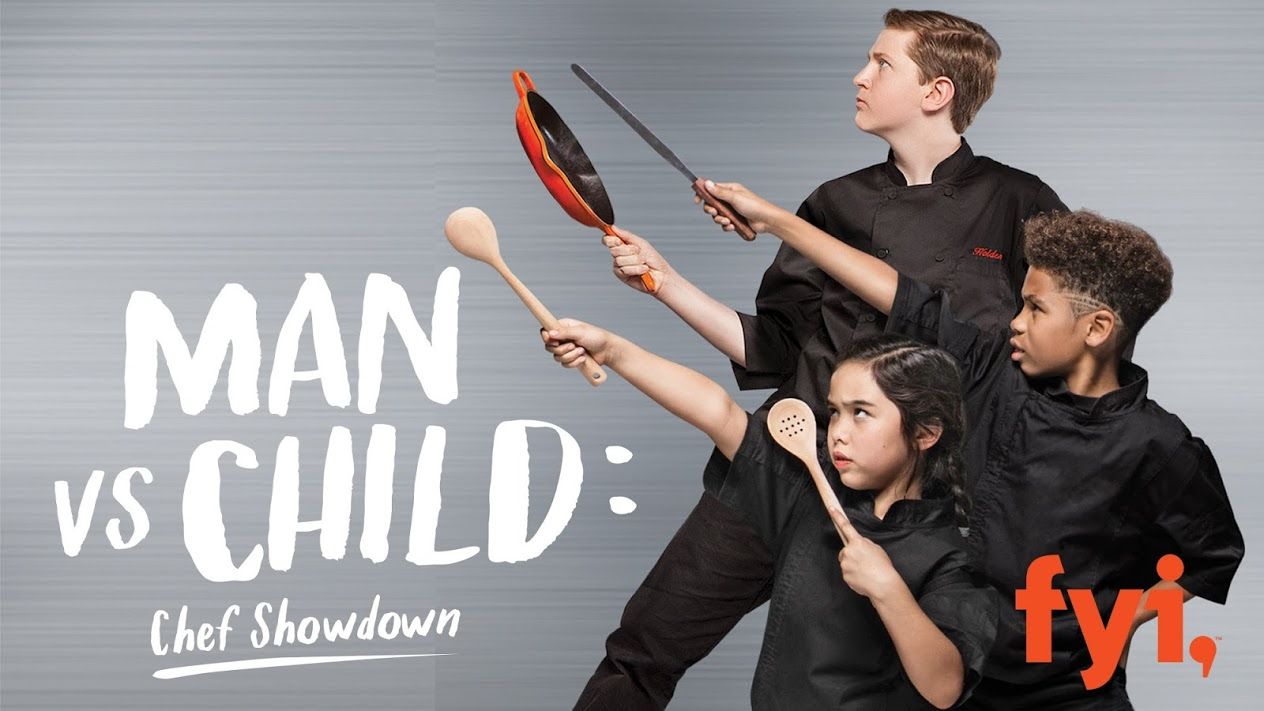 Man Vs. Child: Chef Showdown is a culinary competition series airing on FYI since 2015.It is currently in its second season which debuted on March 17, 2016. The show is produced by Kinetic Content, and executive produced by Chris Coelen, Katie Griffin, Kathleen Burns, Paul Hogan, Gena McCarthy and Liz Fine.

The series features five cooking prodigies aged 8 to 15 competing with professional chefs under pressure. The show is judged by Michael Isabella and Alia Zaine along with guest judges appearing for certain episodes, and hosted by Adam Gertler. A new executive chef appears in every episode, and contends with the young cooks in three rounds of gourmet cooking, one dish per round. The first two dishes are judged by the resident panel judges on taste and presentation, and the third round is blind-tasted by an acclaimed chef / guest judge.

Culinary competitions have found a steady niche in the last years, and the ones that involve children certainly have the added extra charm and spontaneity. The series has an 8.5 IMDb score, and provides inspiration to viewers of all ages. This season`s young crew consists of Cloyce (13), Holden (14), Emmalee (12), Dylan (11), and Estie (7). Will they manage to beat acclaimed real-life professionals? Is it even fair to set children against adults? Why not, if they are up for it? It`s not boxing, after all, although it requires psychological stamina, like any competitive sport. Will this format prove a success for FYI? Let`s wait and see, it just might.

Subscribe to receive news and updates when a show is renewed or canceled. You will receive an automatic email when theMan Vs. Child: Chef Showdown season 3 Episode 1 release date is officially announced.

Share this with friends:
ReleaseDate.show » Release » FYI is yet to renew Man Vs. Child: Chef Showdown for season 3
Related Serial
When Will