The release date for The Cruise series 2 — Pending

This article has the most up-to-date info on the status of The Cruise Series 2 as we continuously monitor the news to keep you in the know. ITV is yet to make a decision on its future. Subscribe to our automatic updates below. 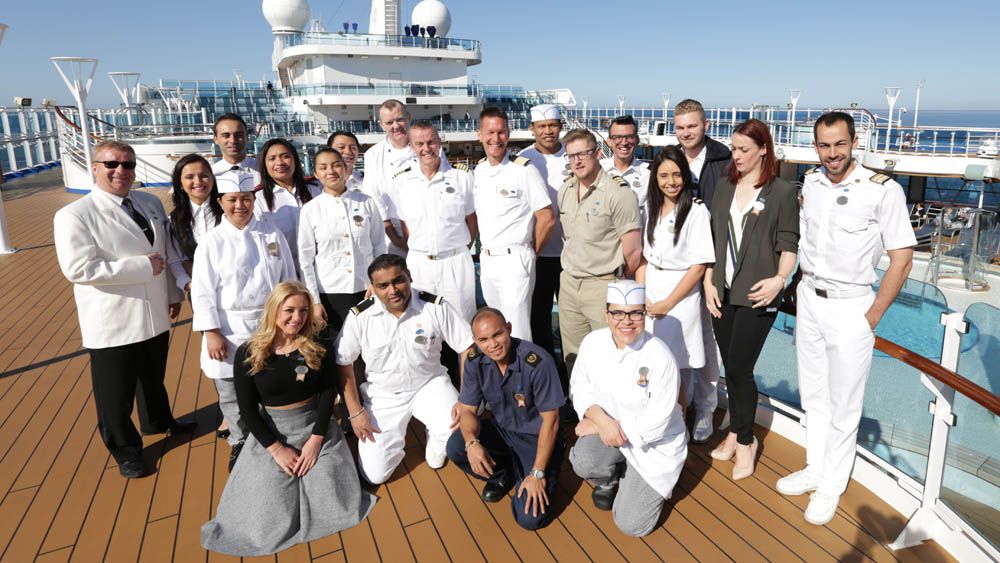 A new British factual television series The Cruise is airing on ITV since March 3, 2016. It is produced by Wild Pictures and executive produced by Paul Hamann. The first series of The Cruise is set to contain 6 half-hour episodes. The show should not be confused with another ITV docuseries, The Cruise Ship, which aired last year and also featured Princess Cruiselines.

The series provides an inside look into the operations of Regal Princess, one of the most luxurious of the Princess Cruises ocean liners on its trip from Copenhagen through Northern Europe to St.Petersburg. The multinational crew consists of 1400 people, with over 3.500 passengers inhabiting the ship`s 1800 cabins on 19 decks. Nearly every aspect of the self-contained onboard living is covered in the series – from cooking over 20,000 meals per day to injured show dancers to the captain`s take on running this small floating town. A rich variety of stories and situations that emerge on one of the world`s largest cruise ships are chronicled in the exciting factual series.

Possibility of renewal and current season.

This unique porthole look at the cruise of many people`s dreams is not amazingly original, with similar shows that have already aired before, but it`s a very thorough and interesting cross-section of cruise boat life A to Z. From demanding and flamboyant guests to the crew members who would otherwise go unnoticed, The Cruise attempts to do justice to all of the main facets of the cruise life, and celebrates last year`s 50th anniversary of Princess Cruises. Stay tuned and find out whether there will be a escond season of The Cruise.

Subscribe to receive news and updates when a show is renewed or canceled. You will receive an automatic email when theThe Cruise Series 2 Episode 1 release date is officially announced.

Share this with friends:
ReleaseDate.show » Release » ITV is yet to renew The Cruise for series 2
Related Serial
When Will