This article has the most up-to-date info on the status of Nicole and Jionni`s Shore Flip season 2 as we continuously monitor the news to keep you in the know. FYI is yet to make a decision on its future. Subscribe to our automatic updates below. 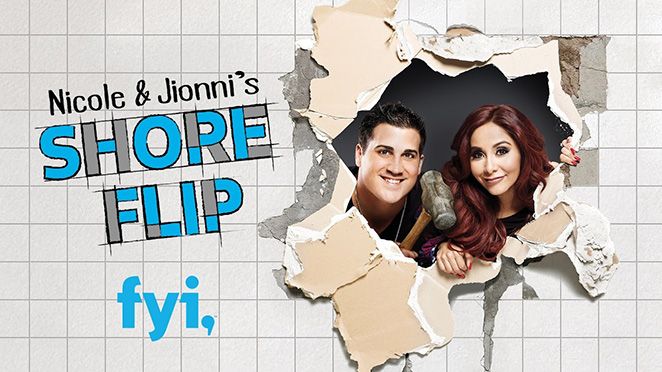 Nicole and Jionni`s Shore Flip portrays Nicole Polizzi, reality TV star and interior designer and her husband Jionni Lavalle, who is a contractor and builder, as they attempt their first business venture – a Jersey Shore house flip. The couple will undertake a serious and large-scale renovation project, and each of the nine hourlong episodes will feature their work on a specific part of the house. This will actually set the show off from many other house flipping programs that often do a house-per-episode, and do no allow to go into the small details which are curious for the audience to see.

How many house flipping series can be on the air in the same period of time without some of them inevitably flopping? Who knows when the limit will be reached, meanwhile as of now we can inform you that the most recent mid-March episode of Nicole and Jionni`s Shore Flip was seen by 101,000 viewers and scored a rating of 0.1. Will this be enough to carry it over into a second season? The likelihood is not very high, but it`s always possible, so please stay tuned for updates on the future of the series.

Subscribe to receive news and updates when a show is renewed or canceled. You will receive an automatic email when theNicole and Jionni`s Shore Flip season 2 Episode 1 release date is officially announced.

Share this with friends:
ReleaseDate.show » Release » FYI is yet to renew Nicole and Jionni`s Shore Flip for season 2
Related Serial
When Will