This article has the most up-to-date info on the status of Graveyard Carz Season 5 as we continuously monitor the news to keep you in the know. Velocity has officially renewed the series for another season expected to debut in October 2016. To get notified of the exact premiere date – subscribe for updates below. 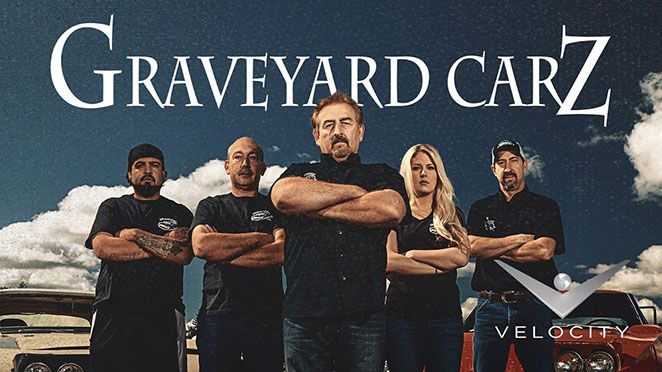 Graveyard Carz is an American automotive reality television series that focuses on Welby’s Car Care collision shop, which specializes in restoration, research and documentation of 1960’s – 1970’s muscle cars. Created by the owner of the shop, Mark Worman, the series airs on Velocity Channel in the US. The second part of season 4 – season 4b – of Graveyard Carz premiered on October 7, 2015.

Located in Springfield, Oregon, Welby’s Car Care mainly works on Chrysler, Plymouth and Dodge muscle cars, with 1971 Plymouth Barracuda being the trademark of the shop.

Although a show about cars should mainly feature, well, cars, this series has concentrated a bit too much on the clash of personalities that work at the shop. In fact, until the end of season 4a, fans that enjoyed watching not-so-fresh cars being restored into the immaculate pieces of art were being repelled by the amount of drama that was created by the shop’s employees. However, starting with season 4b, Worman got rid of the two characters that caused the biggest amount of squabbling and began to concentrate more on what he does best. As he says himself, this move should take a lot of pressure off of the main cast, bring the volume of work up, and draw the audience back.

Due to the unwanted drama, the ratings of the series have been going down slowly but surely. Unless the series is able to reverse that trend, we may not see Graveyard Carz Season 5 next year.

UPDATED April 4, 2016: Velocity has had an amazing year in 2015, with record-breaking viewership numbers, and to keep the momentum growing the network decided to significantly expand its original programming slate, and renew a number of its already successful shows. An official renewal of Graveyard Carz for a fifth season was a part of this milestone announcement. The next installment of the program will contain thirteen 60-minute episodes and is set to be broadcast in October 2016. Sign up for our automatic updates and receive an e-mail as soon as the release date is announced.

Share this with friends:
ReleaseDate.show » Release » Velocity officially renewed Graveyard Carz for Season 5 to premiere in October 2016
Related Serial
When Will