This article has the most up-to-date info on the status of It`s a Mann`s World season 3 as we continuously monitor the news to keep you in the know. BET is yet to make a decision on its future. Subscribe to our automatic updates below. 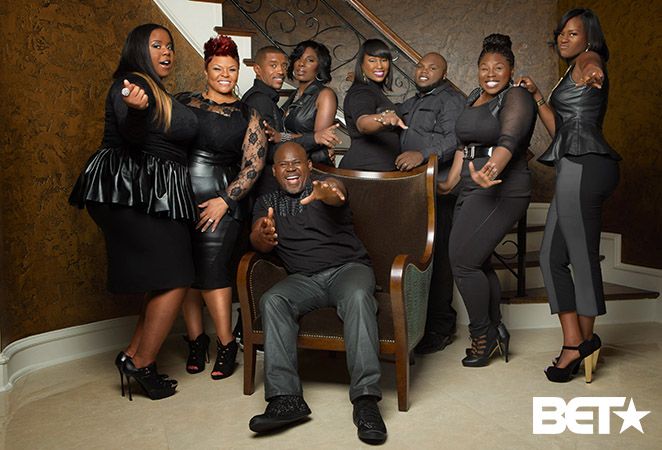 A celebrity reality television series It`s a Mann`s World has originally aired on BET in 2015, and the second season has come out on February 23, 2016. The half-hour series documents the high-profile lives of David and Tamela Mann, an entertainment mogul couple. It`s a Mann World is produced by Tyler Perry and executive produced by the Manns along with Tara Long, John Moryaniss, Eric Hoberman, Howie Miller, Kim McKoy, Roger M.Bobb and Phil Thornton.

David and Tamela Mann are featured as they attempt to balance their hyper busy lives. Their family are a multigenerational clan that has to be kept together, and both David and Tamela have booming entertainment industry careers in music and television to further. Fun family events, new experiences, career milestones, laughter and a whole lot of love are right here, with the gregarious couple, their relatives and friends navigating their lives. David and Tamela`s happy marriage of more than 20 years is also in the spotlight, along with their experience of being parents of four adult children.

The second season of It`s a Mann`s World premiered to 665,000 viewers and a 0.2 demo rating, then sliding to 461,000 viewers for the most recent episode on March 15, 2016. The series has an 8.4/10 IMDb rating and seems very popular with its humor-infused realistic take on life. It`s difficult to predict whether the series will be renewed for the third season, but we will be sure to bring you updated information as soon as it becomes available.

Subscribe to receive news and updates when a show is renewed or canceled. You will receive an automatic email when theIt`s a Mann`s World season 3 Episode 1 release date is officially announced.

Share this with friends:
ReleaseDate.show » Release » BET is yet to renew It`s a Mann`s World for season 3
Related Serial
When Will