This article has the most up-to-date info on the status of American Lawmen season 2 as we continuously monitor the news to keep you in the know. AHC is yet to make a decision on its future. Subscribe to our automatic updates below. 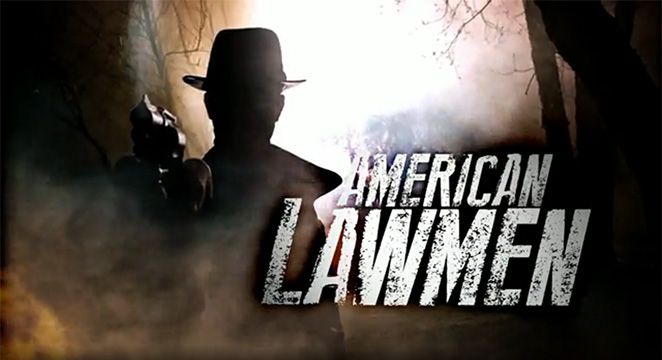 In a move to celebrate the establishment of the United States law enforcement system AHC presents American Lawmen, an eight-episode series about legendary historical figures who protected the law at various points in time between 1850 and 1930. The series was written by David Gabriel Bene, Greg Grandsen and Corey Surge, is narrated by Todd Schick and executive produced by Sherri Rufh, Charles Tremayne, Kim Bondi and Susanne Chapman. American Lawmen hails from Cineflix Productions.

Each episode of the series is dedicated to one person and reconstructs the specific historical moment. The premiere episode featured famed private investigator Allan Pinkerton as he inadvertently uncovers an assassination conspiracy targeting President Lincoln. Further episodes chronicle events that transpired in turn-of-the-century Little Italy in NYC, the US Midwest during the Great Depression, in El Paso, Texas during the Civil War time, and highlight several other brave men and historical periods.

The series premiered to 211,000 viewers and a 0.1 rating in the 18-49 demographic. The stories of the first American Lawmen are inspiring and have both educational and entertainment value. Whether or not there is enough potential in the program to last another season is hard to tell, so all we can do at this point is monitor the series` ratings and wait for a network decision on the future of American Lawmen.

Subscribe to receive news and updates when a show is renewed or canceled. You will receive an automatic email when theAmerican Lawmen season 2 Episode 1 release date is officially announced.

Share this with friends:
ReleaseDate.show » Release » AHC is yet to renew American Lawmen for season 2
Related Serial
When Will

Network Ten is yet to renew Bondi Rescue for season 12

BBC One is yet to renew New Blood for series 2

The release date for New Blood series 2 — PendingThis article has the most up-to-date info on the status of New Blood Series 2 as we continuously monitor the news to keep you in the know. BBC One is yet to make a decision on its future. Subscribe to…

Network Ten is yet to renew Bondi Vet for season 9

The release date for Bondi Vet season 9 — PendingThis article has the most up-to-date info on the status of Bondi Vet season 9 as we continuously monitor the news to keep you in the know. Network Ten is yet to make a decision on its future.…