This article has the most up-to-date info on the status of Venom Hunters season 2 as we continuously monitor the news to keep you in the know. Discovery Channel is yet to make a decision on its future. Subscribe to our automatic updates below. 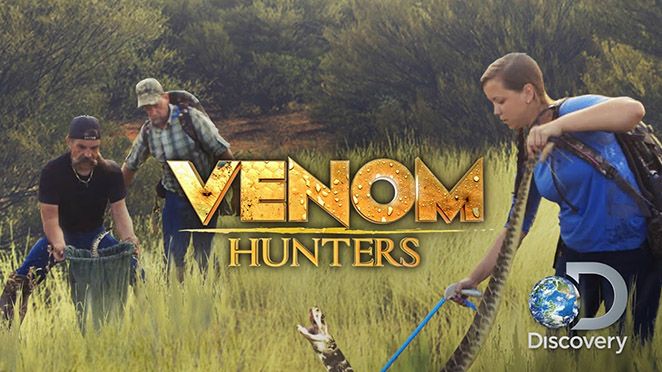 A brand new Discovery documentary series that premiered on February 17, 2016, Venom Hunters is produced by Authentic Entertainment and executive produced by Deb Ridpath and Kyle Wheeler. The six-episode series follows four teams of venomous snake experts that hunt for snake venom around the globe. Four locations are featured in Venom Hunters – Florida swamps, Oklahoma plains, deserts of Arizona and Australian outback, and four teams comprised of a total of nine fearless professionals hunt down the deadliest snakes to collect their venom.

The shortage of venom is growing greater every year, and the worldwide supplies are at an all-time low. Over 100,000 people are killed by snakes every year, and the demand for anti-venom (which is made from the venom) is huge. Besides, the deadly liquid is needed for cutting-edge research in the medical field. The effects of venom on such disorders as diabetes, heart disease and even cancer are currently being studied.

The series currently boasts a respectable average of over 800,000 viewers per episode and has a 0.3 rating in the 18-49 demo. The adrenaline thrill of the pursuit and hunt is there, the team members seem really dedicated to what they are doing. This just is too dangerous to be something you can touch upon in passing, it requires a serious approach from the beginning. It also definitely isn`t a reality show that can be staged, so a part of the appeal is certainly Venom Hunters` unquestionable reality. Is there enough viewer interest in the subject matter, and can the show escape repetitiveness to be picked up for another season? It might – remember that Swamp People is now in its seventh season, and hunting crocodiles has just about as much variety in the process as hunting snakes. Stay tuned and find out whether Venom Hunters is renewed or canceled as soon as the network decision is announced.

Subscribe to receive news and updates when a show is renewed or canceled. You will receive an automatic email when theVenom Hunters season 2 Episode 1 release date is officially announced.

Share this with friends:
ReleaseDate.show » Release » Discovery Channel is yet to renew Venom Hunters for season 2
Related Serial
When Will