This article has the most up-to-date info on the status of Kung Fu Panda: Legends of Awesomeness season 4 as we continuously monitor the news to keep you in the know. Nickelodeon is yet to make a decision on its future. Subscribe to our automatic updates below. 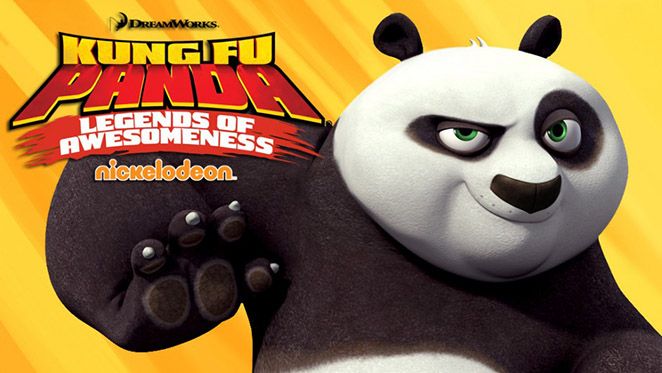 A spin-off of the Kung Fu Panda movies, and a significant component of the Kung Fu Panda franchise, Kung Fu Panda: Legends of Awesomeness is a martial arts, adventure and comedy computer animated series airing on Nickelodeon since 2011. Three seasons were produced, and the last ten episodes of the third season aired in the US between February 15 and February 19, 2016 after a hiatus, long after airing internationally. The series is executive produced by Peter Hastings and Bret Haaland, and produced by Dreamworks Animation and Nickelodeon Productions.

Po the Dragon Warrior Kung Fu Panda and the Furious Five take it upon themselves to defend the Valley of Peace from various sorts of villains. Po makes the inevitable mistakes, and does not fail to learn from them, as he progresses in his mastery of kung fu and meets legendary kung fu masters on the way.

The series has received several awards, among them a significant number of Daytime Emmys and an Annie Award. Surprisingly, the critics are rather skeptical of the show quality, finding it no more than mildly entertaining, without the originality that could impress either adults or children. Viewer reviews, on the other hand, are mostly positive, although the title character came under fire for being annoying and unlikable. The last completed season`s viewership fluctuated in the very decent interval between 1.6 and 2.3 million viewers, and hopefully, the current season`s ratings will warrant its renewal for another season. Meanwhile, we are waiting for network announcements and we`ll be sure to notify you as soon as relevant information is released.

Subscribe to receive news and updates when a show is renewed or canceled. You will receive an automatic email when theKung Fu Panda: Legends of Awesomeness season 4 Episode 1 release date is officially announced.

Share this with friends:
ReleaseDate.show » Release » Nickelodeon is yet to renew Kung Fu Panda: Legends of Awesomeness for season 4
Related Serial
When Will

CBS is yet to renew Blue Bloods for season 8