This article has the most up-to-date info on the status of Black Comedy Series 3 as we continuously monitor the news to keep you in the know. ABC (AU) is yet to make a decision on its future. Subscribe to our automatic updates below. 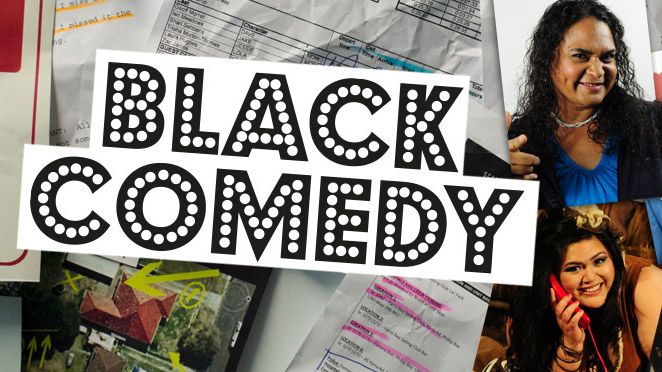 Black Comedy is an Australian sketch comedy television series that originally premiered on ABC AU on November, 5, 2014. It is produced by Scarlett Pictures, directed by Beck Cole, Craig Anderson and Erica Glynn and executive produced by Sally Riley. The second series has aired on February 3, 2016.

Black Comedy viewership has been steady at about 0.3 million per episode in Australia. The current series has premiered to 0.58 million viewers, subsequently slipping to just above the 0.3 million that was typical for the freshman run of Black Comedy. This courageous and hilarious foray into race relations issues in modern Australia is reviewed as “proudly, defiantly and unapologetically black”. Some of the sketches are in Aboriginal English, featured without subtitles, certain jokes are certainly lost on non-Indigenous viewers, many characters are highly relatable only to those who are a part of Indigenous communities, so the series is basically the first to fully represent the Indigenous community honestly and visibly. There is most certainly potential in this poignant show, and a renewal should be in place for Black Comedy.

Subscribe to receive news and updates when a show is renewed or canceled. You will receive an automatic email when theBlack Comedy Series 3 Episode 1 release date is officially announced.

Share this with friends:
ReleaseDate.show » Release » ABC (AU) is yet to renew Black Comedy for series 3
Related Serial
When Will