The release date for The Age of Aerospace season 2 — Pending

This article has the most up-to-date info on the status of The Age of Aerospace season 2 as we continuously monitor the news to keep you in the know. Science Channel is yet to make a decision on its future. Subscribe to our automatic updates below. 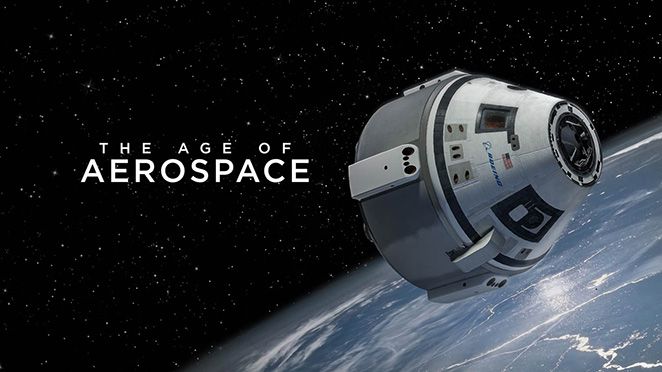 The docu-series celebrates the centennial anniversary of the Boeing company, and uses this opportunity to explore the last hundred years in aviation in unprecedented detail. The five 60-minute documentary series chronicles developments in civilian, military and aerospace achievements from the invention of the airplane through the bombers and fighter planes that contributed to the WWII victory to space exploration, landing on the Moon and the future of space journeys, with a special episode devoted exclusively to the 787 Dreamliner.

The Age of Aerospace is averaging approximately 400,000 viewers, with a 0.1 rating in the 18-49 demographic. It is a truly comprehensive look at the history of aviation, not only from the technical point of view, but, perhaps even more importantly, from the standpoint of how these amazing technology advances changed our lives in awesome and astonishing ways. For example, one of the episodes is titled Shrinking the Earth, and, indeed, that`s what happened when global air traveled was transformed by the launch of the first jumbo jets. It is difficult to imagine a continuation of the series due to the fact that it has already covered the full scope of aviation history. But, perhaps, Boeing will hereby start a tradition of sponsoring history of science and technology series, and we will see more of similar programs.

Subscribe to receive news and updates when a show is renewed or canceled. You will receive an automatic email when theThe Age of Aerospace season 2 Episode 1 release date is officially announced.

Share this with friends:
ReleaseDate.show » Release » Science Channel is yet to renew The Age of Aerospace for season 2
Related Serial
When Will