The release date for Machines: How They Work season 2 — Pending

This article has the most up-to-date info on the status of Machines: How They Work season 2 as we continuously monitor the news to keep you in the know. Science Channel is yet to make a decision on its future. Subscribe to our automatic updates below. 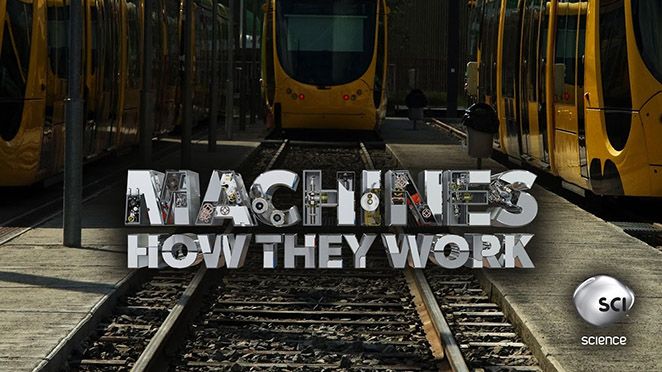 Machines: How they Work are an all-new Science Channel documentary television series that premiered on January 28, 2016. It is produced by Windfall Films, and executive produced by Carlo Massarella and Neil Laird.

The series promises to change the way its viewers see the seemingly mundane world around them. The intricate workings of a number of machines will be demonstrated utilizing footage from the factories where these machines are manufactured combined with stunning photo-realistic computer animation. From escalators and parking meters to chainsaws and toilet flushing mechanisms, machines of various degrees of complexity are scrutinized, and compelling and complicated information is delivered in a clear, engaging manner. Each episode contains six chapters with different amazing mechanisms explained away for the audience of Machines: How They Work.

The series celebrates the brilliant design of everyday objects that might seem ordinary, but had to be invented by someone in just the way that made them efficient and convenient to use. You don`t need to be a techie to enjoy this show – the delivery is straightforward enough for a layman to understand. There`s an endless supply of objects to take apart, so this fun and informative series may very well be renewed for another run. Please tune in to the show if you are curious and stay tuned for renewal information.

Subscribe to receive news and updates when a show is renewed or canceled. You will receive an automatic email when theMachines: How They Work season 2 Episode 1 release date is officially announced.

Share this with friends:
ReleaseDate.show » Release » Science Channel is yet to renew Machines: How They Work for season 2
Related Serial
When Will