This article has the most up-to-date info on the status of Yankee Jungle season 3 as we continuously monitor the news to keep you in the know. Animal Planet is yet to make a decision on its future. Subscribe to our automatic updates below. 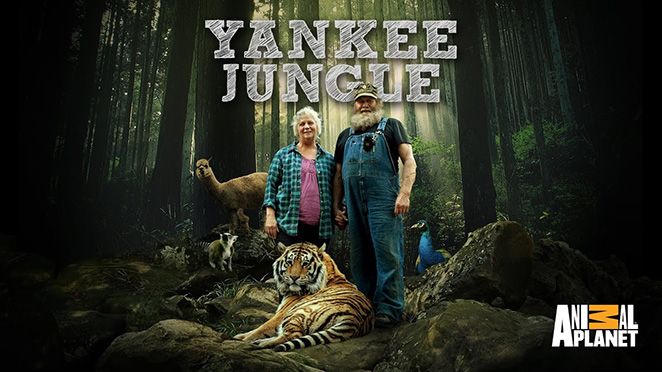 Yankee Jungle is a documentary series that is broadcast on Animal Planet since November 29, 2014. The current second series aired on January 23, 2016. It is produced by Lone Wolf Documentary Group.

The series portrays the life of caretakers and animals at the Maine family-run zoo owned and operated by Bob and Julie Miner. The wildlife sanctuary owners refused to participate in a typical reality-style series, where scripted bits of conversation and staged events are an inevitable part of the show. However, a docu-series format was acceptable to them and the production crew was allowed into the extraordinary zoo with over 200 animals – among them a 30-year-old gibbon and other monkeys, kangaroos, camels, wallabies, a number of wild cats and other unwanted or disabled animals.

A serious controversy has been stirred by the fact that some of the animals are allowed to breed on the premises. The animal welfare activists are protesting the unacceptable conditions in which the animals are kept, as well as the sale of the animals that are born at the zoo for a profit. The DEW Animal Kingdom`s protesters oppose the business side of the self-professedly non-profit venture.

Yankee Jungle has an 8.4/10 score on IMDb, and on January 27, 2016 reported ratings of just under 1 million viewers on its official Facebook page. Since negative publicity is also publicity, even the opponents of the show are raising the series` ratings, and it seems popular enough at this point to be picked up for renewal.

Subscribe to receive news and updates when a show is renewed or canceled. You will receive an automatic email when theYankee Jungle season 3 Episode 1 release date is officially announced.

Share this with friends:
ReleaseDate.show » Release » Animal Planet is yet to renew Yankee Jungle for season 3
Related Serial
When Will