The release date for Mysteries at the Castle season 4 — Pending

This article has the most up-to-date info on the status of Mysteries at the Castle season 4 as we continuously monitor the news to keep you in the know. Travel Channel is yet to make a decision on its future. Subscribe to our automatic updates below. 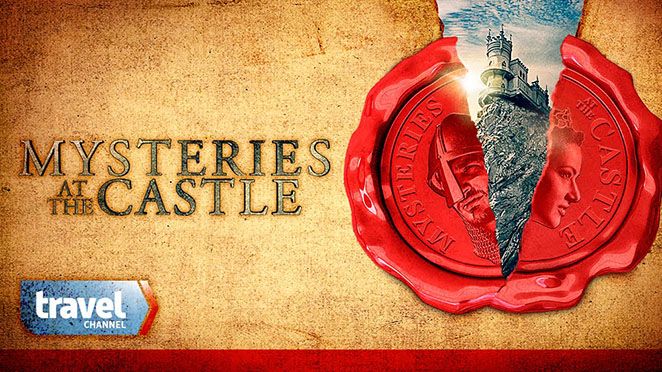 Mysteries at the Castle is an American reality / documentary television series running on the Travel Channel since January 19, 2014. The series is produced by Optomen Productions, and executive produced by David E. Gerber, Nicola Moody and Dominic Stobart. Ted Stewart is the narrator for the show. The current third season premiered on January 8, 2016.

The series centers around the mysteries, legends and secrets related to the castles and mansions all over the world. Utilizing dramatic reenactment techniques, Mysteries at the Castle retells the incredible – sometimes frightful, sometimes romantic – stories that occurred behind the gates.

Mysteries in the Castle has been praised, in particular on the points of being informative and of moving along reasonably quickly, unlike many series that follow a similar format and drag along, stretching time to infinity with little to tell. On the other hand, viewers seem to want more of the real testimonials, shots of the actual places, or perhaps depictions of them in paintings or photos rather than the prolonged reenactments. The series holds a 7.9/10 rating on IMDb, and seems to have a steady appreciative audience. However, the viewership ratings have slid from the second to the current third season, from a rough average of 0.65 million to 0.52 million for the first three recent episodes. The decrease is not a dramatic one, so we should probably expect a renewal even if the third season does not pick up ratings-wise.

Subscribe to receive news and updates when a show is renewed or canceled. You will receive an automatic email when theMysteries at the Castle season 4 Episode 1 release date is officially announced.

Share this with friends:
ReleaseDate.show » Release » Travel Channel is yet to renew Mysteries at the Castle for season 4
Related Serial
When Will

Showtime is yet to renew Roadies for season 2

The release date for Roadies season 2 — PendingThis article has the most up-to-date info on the status of Roadies season 2 as we continuously monitor the news to keep you in the know. Showtime is yet to make a decision on its future. Subscribe to…