This article has the most up-to-date info on the status of Swamp Murders Season 4 as we continuously monitor the news to keep you in the know. is yet to make a decision on its future. Subscribe to our automatic updates below. 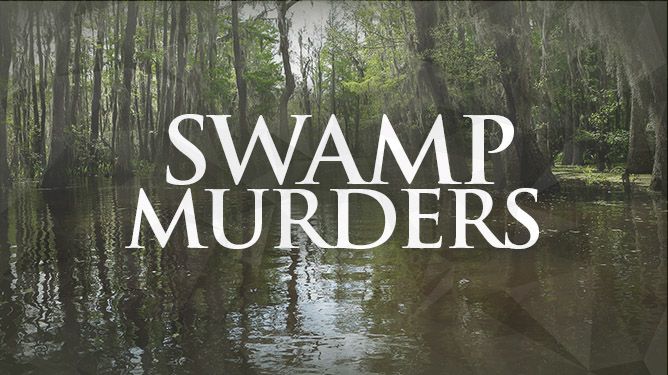 Swamp Murders is an American true-crimes detective television series that chronicles the stories behind bodies found in swamps. Produced by Atlanta-based Crazy Legs Production and Ashley Crary, Eugenie Vink and Tom Capello, the documentary style series premiered for a third season in August 2015 on the Investigation Discovery Channel in the United States.

Originally released in June 2013, Swamp Murders goes behind the scenes of real life crime in-vestigations with a particular focus on the bodies found in the swampy bayous of Louisiana, the Great Lakes of the Cherokees in Oklahoma, and other rivers and lakes across Georgia, Texas and Florida. Each week, the show tells stories of high profile grisly murders in the murky marsh-lands, and recreates the events using actors and people who live in the area where the crime took place.

Profiling cases that sometimes took decades to solve, Swamp Murders pieces together the mystery through careful re-enactments and first hand interviews with people who were actually involved — attorneys, law enforcement, families, friends and journalists who covered these real cases.

In season 3, the series dives deep into the hot, humid, moss-covered swamps using creaky docks and mangrove forests as ominous backdrops to bring to light the murkiest of mysteries. Stories of an Army medic that of a disappeared after a night out at a bar in Fort Bragg, North Carolina- the re-opening of a missing persons case in Ava, Missouri after the victim’s body was discovered in nearby Cowskin Creek- the apparent drowning of a woman on the morning of her 50th birthday, and many more. There have been no announcements from Investigation Discov-ery Channel regarding a possible renewal of the show for season 4.

Subscribe to receive news and updates when a show is renewed or canceled. You will receive an automatic email when theSwamp Murders Season 4 Episode 1 release date is officially announced.

Share this with friends:
ReleaseDate.show » Release » is yet to renew Swamp Murders for Season 4
Related Serial
When Will