This article has the most up-to-date info on the status of Gainesville Season 2 as we continuously monitor the news to keep you in the know. CMT is yet to make a decision on its future. Subscribe to our automatic updates below. 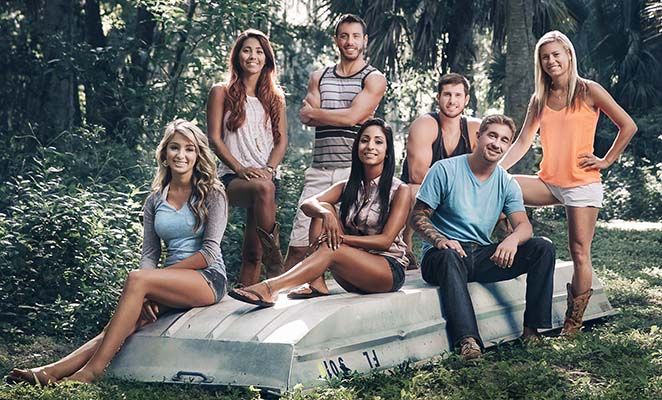 Gainesville is a new docu-series following a close group of seven young friends as they transition into adulthood. Developed by Wheels Off Entertainment, and produced by Nicholas Burnett, Daniel Levin, Alan Deutsch and Yoav Attias, the show premiered on the CMT channel on August 20, 2015.

A heartwarmingly honest depiction of young adulthood, Gainesville is a coming-of-age docu-series that introduces real friends — Andreya, Austin, Brian, Beth, Kerry, Kenny and Shelby — as they encounter life on their own for the very first time. Each half-hour episode of season 1 chronicles the struggles of the 20-somethings as they navigate through complex relationships and financial challenges facing most millennials today.

The series was inspired by one of its main characters, Andreya Giansati whom producers met while casting for a prior iteration of the show in 2013. Filmed in one of Florida’s most renowned college towns, Gainesville has no manufactured situations and no interviews. The show simply follows the cast as they live their lives and band together to face a broad range of issues. In the series premiere, Andreya is faced with a decision on whether or not to get back together with Brian, while Beth’s dream to attend college is in jeopardy when it becomes clear that she can’t afford her tuition. There has been no word from CMT regarding the possible renewal of the show for season 2.

Subscribe to receive news and updates when a show is renewed or canceled. You will receive an automatic email when theGainesville Season 2 Episode 1 release date is officially announced.

Share this with friends:
ReleaseDate.show » Release » CMT is yet to renew Gainesville for Season 2
Related Serial
When Will