The release date for The Last Goodbye Season 2 — Pending

This article has the most up-to-date info on the status of The Last Goodbye Season 2 as we continuously monitor the news to keep you in the know. LMN is yet to make a decision on its future. Subscribe to our automatic updates below. 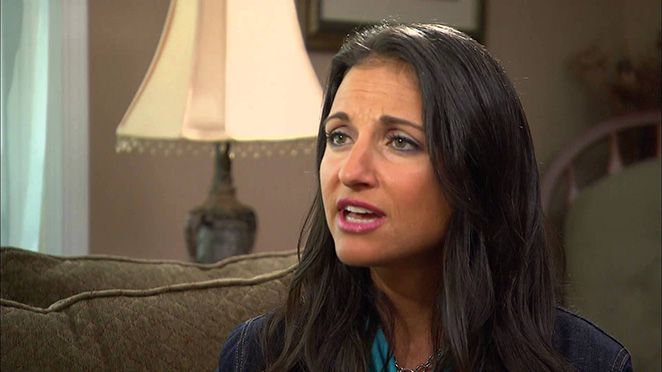 The Last Goodbye is an American reality television show produced for Lifetime Movie Network by Stage 3 Production. The original series features a spiritual medium, Rebecca Rosen, who uses her gift to attempt to connect those seeking answers from their deceased loved ones. The series airs on LMN on August 22, 2015 and consists of twelve half-hour episodes.

In each of the twelve episodes of The Last Goodbye viewers will follow Rebecca as she tries to connect people with the spirits of those they’ve loved and lost and resolve the issues that continue even after death. Those who didn’t get a chance to ask the necessary questions, or express their love and unspoken thoughts toward a family member or friend that has passed, are given the opportunity to do so through Rebecca.

In the series premiere, Rebecca helps three women, Becky, Cara and Traci, begin to heal from their traumatic losses and makes many meaningful and heart-stopping connections between the living and the departed. Each of the three women has her own remarkable story and reasons for wanting to connect with the other side.

In the subsequent episodes, viewers will meet a young soldier, who wonders if his late mother was the guardian angel that saved him from a rocket-propelled grenade in Afghanistan- a woman who lost her mother and brother in separate car accidents- and a young mother who had to go through a difficult decision to end treatment for her terminally ill son. Rebecca helps dozens to find peace of mind and understand the issues that death has left behind.

It’s hard to say whether The Last Goodbye will return for a second season. While there are many shows that deal with the supernatural, Lifetime will need to can pull off something more exciting so that this will not end up a one-season wonder. If season 2 is to be produced, it will most likely air no sooner than winter of 2016.

Subscribe to receive news and updates when a show is renewed or canceled. You will receive an automatic email when theThe Last Goodbye Season 2 Episode 1 release date is officially announced.

Share this with friends:
ReleaseDate.show » Release » LMN is yet to renew The Last Goodbye for Season 2
Related Serial
When Will