This article has the most up-to-date info on the status of La Banda Season 2 as we continuously monitor the news to keep you in the know. Univision is yet to make a decision on its future. Subscribe to our automatic updates below. 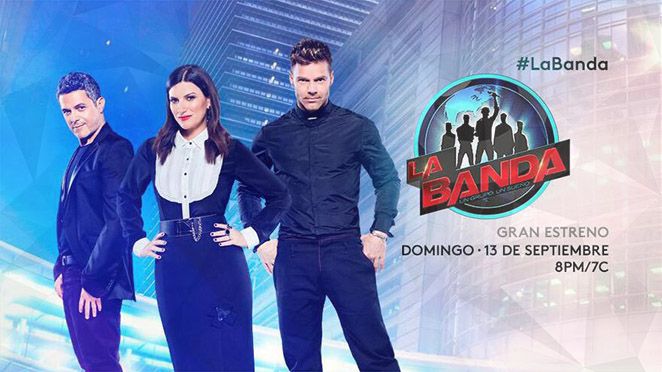 La Banda is a new American music reality television series on a quest to find a new hit Latin band to join the ranks of Menudo, Mercurio, Magneto and many others. Created and produced by Simon Cowell, the series features Ricky Martin, Alejandro Sanz and Laura Pausini as celebrity judges. Season 1 premiered on September 13, 2015 on the leading American Spanish language TV network, Univision.

La Banda is a new music-based, multi-media competition that will scour the U.S. and Latin America in search of the ultimate Latino boy band. Contestants will compete for a place in the new group and a coveted recording contract with Sony Music Latin. In a two-hour series premiere that attracted 4.2 million viewers, La Banda quickly turned Univision into the #2 broadcast station of the evening. But if season one is focused on finding a new One Direction, then season 2 is about discovering the new Fifth Harmony.

There is quite a bit of enthusiasm for the format, and the show has already garnered more engagement from audiences than NLF Football (NBC), Miss America (ABC) and Big Brother (CBS). In a statement issued back in May, Cowell said he was delighted to be announcing season 2 of La Banda. Viewers will need to stay tuned for details about a release date for the new season. Univision has made no formal announcements regarding an exact premiere date, but chances are good it will be sometime in early 2016.

Subscribe to receive news and updates when a show is renewed or canceled. You will receive an automatic email when theLa Banda Season 2 Episode 1 release date is officially announced.

Share this with friends:
ReleaseDate.show » Release » Univision is yet to renew La Banda for Season 2
Related Serial
When Will