This article has the most up-to-date info on the status of Rebel Gold season 2 as we continuously monitor the news to keep you in the know. Discovery Channel is yet to make a decision on its future. Subscribe to our automatic updates below. 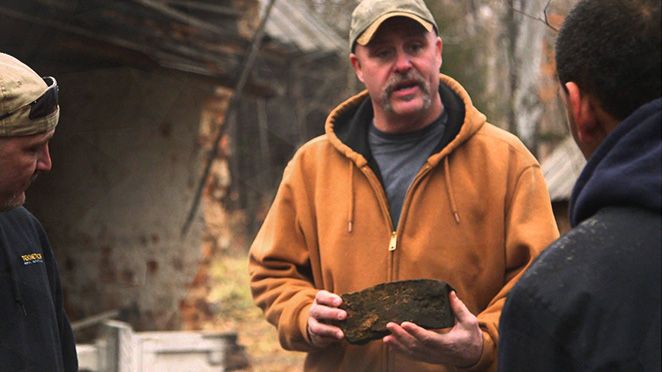 Rebel Gold is a new American adventure reality docu-series that follows a seasoned group of treasure hunters as they search for legendary vanished treasures of the Civil War. Produced by ITV Studios America and executive produced by Jerry Decker, Patrice Andrews and Rob Shaftel, the series premiered on September 15, 2015 on the Discovery Channel.

As the Civil War came to an end in 1865, Confederate President Jefferson Davis fled Richmond Virginia with the contents of the Confederate treasury — estimated to be worth $20 million in gold and silver coins. Davis was captured six weeks later, but the treasure was never seen again. Rebel Gold follows the treasure hunters as they join forces to retrace Jefferson Davis’ trail in search of clues that could lead them to the vanished treasure. With new evidence, the group will venture off the beaten path, digging deep into American history and local legends to find out what really happened to the missing treasures.

In season 1 of the series premiere, a local Southern mansion and abandoned plantation are searched as possible hiding places for 39 kegs of silver coins. Other confirmed locations for the treasure hunters include Amelia, Virginia and Chester, South Carolina. Viewers will have to stay tuned to see if Rebel Gold finds itself renewed for season 2. There has been no word from the Discovery Channel regarding the release of a potential next season.

Subscribe to receive news and updates when a show is renewed or canceled. You will receive an automatic email when theRebel Gold season 2 Episode 1 release date is officially announced.

Share this with friends:
ReleaseDate.show » Release » Discovery Channel is yet to renew Rebel Gold for season 2
Related Serial
When Will