This article has the most up-to-date info on the status of RoomieLoverFriends Season 2 as we continuously monitor the news to keep you in the know. BET is yet to make a decision on its future. Subscribe to our automatic updates below. 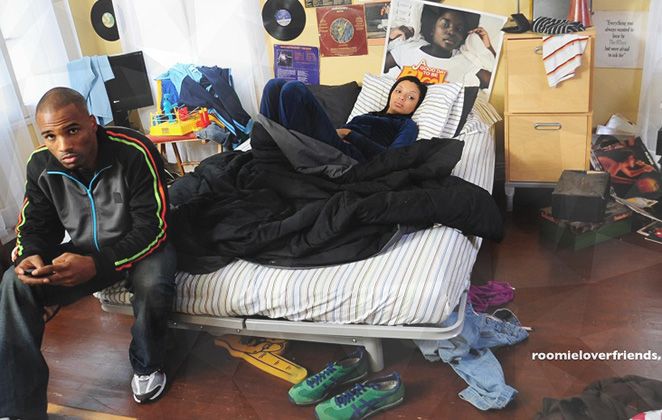 RoomieLoverFriends is a new American scripted romantic comedy television series that follows the awkward relationship between two roommates after they sleep together. Created and written by Dennis Dortch and Numa Perrier, the show debuted on BET on September 16, 2015.

The latest in internet-to-television migration, RommieLoverFriends was originally a web series that aired on Black&Sexy TV, an entertainment and lifestyle network that delivered original content and programming focused on young black audiences. Prior to the big BET deal, Black&Sexy TV made its debut onto the scene in 2011 as an original spinoff from Dennis Dortch’s Sundance Film, A Good Day to be Black and Sexy. Following three years of free content on their YouTube channel, the network launched their monthly paid subscription service BLACK&SEXY NOW, utilizing VHX as the tech backbone. The partnership formed between BET and Black&Sexy TV kicked off with a premiere of RoomieLoverFriends in four hour-long episodes.

RoomieLoverFriends follows Tamiko and Jay, two roommates whose relationship gets complicated after they find themselves in bed together one evening. The series stars Shayla Hale, Andra Fuller and Yaani King. Whether or not the show gets picked up for season 2 will depend on how well it does with the audiences and official ratings. BET has not yet indicated whether the series will return for a second season.

Subscribe to receive news and updates when a show is renewed or canceled. You will receive an automatic email when theRoomieLoverFriends Season 2 Episode 1 release date is officially announced.

Share this with friends:
ReleaseDate.show » Release » BET is yet to renew RoomieLoverFriends for Season 2
Related Serial
When Will