This article has the most up-to-date info on the status of Special Forces: Ultimate Hell Week Series 2 as we continuously monitor the news to keep you in the know. BBC Two is yet to make a decision on its future. Subscribe to our automatic updates below. 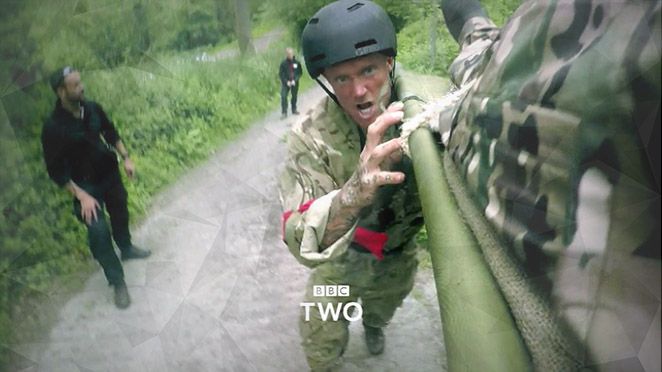 Special Forces: Ultimate Hell Week is a UK reality television series that presents an ultimate endurance challenge for 29 men and women over a 12 days course. Broadcast by BBC Two, the series premiered on August 30, 2015.

In Special Forces: Ultimate Hell Week Andrew Flintoff presents UK’s fittest men and women as they are pushed beyond mental and physical limits by veterans of the world’s toughest special forces, such as the US Navy Seals, the Russian Special Forces and the British SAS.

Every 48 hours the civilian recruits are put through a set of challenges as they compete to win a grueling selection process designed to break them down. After the 12-day period, only one will become the winner of Ultimate Hell Week. In the six-part series viewers will discover what kind of person makes it through, with unique insight into who will endure and why.

Will there be a Special Forces: Ultimate Hell Week series 2? Though the show is only in its fourth episode, viewer reviews are already pouring in and they are not comforting for the network. It seems that the UK is not the kind of place where people like to watch brutality and constant verbal abuse on a reality TV series. Thus, it will take the producers some type of an adjustment to raise the ratings, which at this point seems pretty improbable due to the topic of the show.

Subscribe to receive news and updates when a show is renewed or canceled. You will receive an automatic email when theSpecial Forces: Ultimate Hell Week Series 2 Episode 1 release date is officially announced.

Share this with friends:
ReleaseDate.show » Release » BBC Two is yet to renew Special Forces: Ultimate Hell Week for Series 2
Related Serial
When Will

Channel 4 is yet to renew The Circuit for series 2

The release date for The Circuit series 2 — PendingThis article has the most up-to-date info on the status of The Circuit Series 2 as we continuously monitor the news to keep you in the know. Channel 4 is yet to make a decision on its future.…

Channel 4 officially renewed SAS: Who Dares Wins for series 3 to premiere in 2017