The release date for We Have Issues Season 2 — Pending

This article has the most up-to-date info on the status of We Have Issues Season 2 as we continuously monitor the news to keep you in the know. E! is yet to make a decision on its future. Subscribe to our automatic updates below. 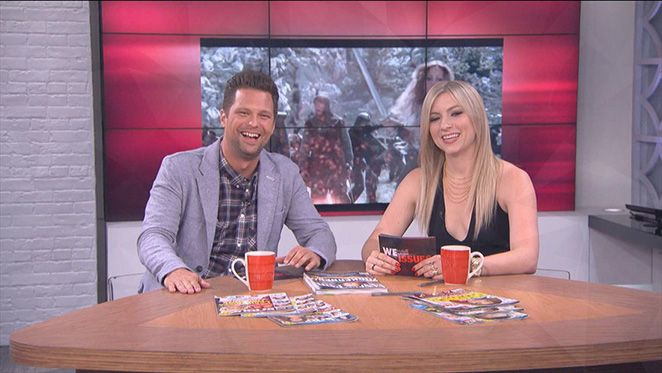 We Have Issues is an American comedy infotainment TV series, hosted by comedians Julian McCullough and Annie Lederman who have competitive debates about the biggest pop-culture news of the week. The show premiered on E! on September 18, 2015 and is aired in half-hour episodes.

Julian McCullough is a US touring comedian, host and actor, who has his own Comedy Central Presents stand-up act and occasionally performs on The Tonight Show and Conan. Annie Lederman was a regular panelist on Chelsea Lately and The Soup Investigates, among others. Each week the two are joined by a guest comedian, who contributes to the debate in which no topic is off limits.

From Kaley Cuoco’s Instagram failures, to Donald Trump’s ‘foot-in-mouth syndrome’, to the battles of Taylor Swift with...whoever she’s battling with that week, Julian and Annie don’t hold their tongues in discussing the absurdities that happen in the world of entertainment. Whether movie stars or a politicians, no one will be spared, no tabloid will go unread and everything that each of us thinks but doesn’t talk about will be said out loud on national television.

At the moment, there is no set episode structure for the series and it is unclear how long the first season will last, as well as whether the network has any plans to renew the series. However, if Annie and Julian can do as good of a job on camera as they do on their Twitter pages, viewers will likely see We Have Issues make a comeback for season 2.

Subscribe to receive news and updates when a show is renewed or canceled. You will receive an automatic email when theWe Have Issues Season 2 Episode 1 release date is officially announced.

Share this with friends:
ReleaseDate.show » Release » E! is yet to renew We Have Issues for Season 2
Related Serial
When Will