This article has the most up-to-date info on the status of The Walking Dead season 7 as we continuously monitor the news to keep you in the know. AMC has scheduled the premiere date for a new season for October 23, 2016. 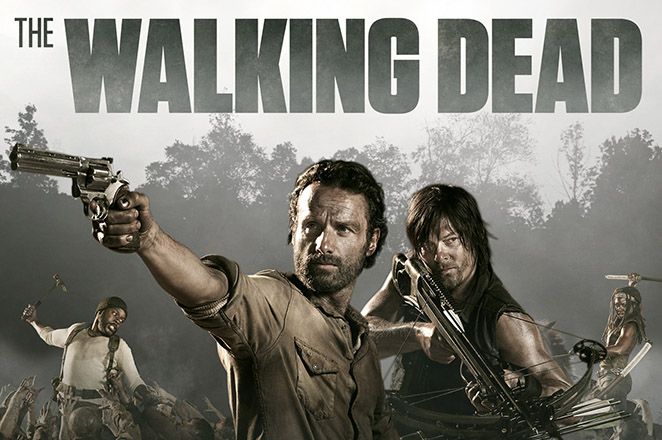 The Walking Dead is an ongoing American horror drama TV series currently on the air on the United States AMC channel. It is produced by the AMC studios in conjunction with Circle of Confusion, Valhalla Entertainment and Idiot Box Productions. The first season debuted on the AMC channel on October 31, 2010. Season 6 premiered on AMC on October 11, 2015.

The series is based on the American comic book series. The story concentrates on Rick Grimes (Andrew Lincoln), a small-town cop awakening from a months-long coma to find himself in a world overrun by zombies. He is reunited with his family, leads a group of survivors and is forced to find a new way to adapt and live in a world that has now transformed into a dangerous and unpredictable place. The show also stars Jon Bernthal, Sarah Wayne Callies, Laurie Holden, Jeffrey DeMunn and Steven Yeun.

All seasons of The Walking Dead have been well received by critics and nominated for several awards, including the Writers Guild of America Award for Television (New Series) and the Golden Globe Award for Best Television Series (Drama). Total viewership of the series has been the highest of any series in cable television history. Considering the amazing level of interest that this TV show has kindled among both viewers and recognized critics, it is no wonder that on October 30, 2015 the series was renewed for a 16-episode seventh season to debut in October 2016. Executive producer David Alpert has even mentioned in 2014 that the number of ideas that the original comic contains is so huge that they “already have a pretty good idea of what season 10 is gonna be”, so there`s something else to look forward to.

A 16-episode sixth installment of the hit series wrapped up in the US on April 3, 2016 and just like the producers had promised, it was the most hardcore final episode of the show. Not only the whole 90 minutes of the finale managed to maintain an impressive level of energy and thrill, the season ended with a major plot twist that no one saw coming. Some fans were disappointed that the episode ended with a cliffhanger, but that’s modern-day television for you. Overall, the most recent installment of the critically-acclaimed series did very well for the network, having delivered an average viewership of more than 13 million per episode. Let us remind you that the show has already been greenlit for another run, and new episodes are expected to hit the small screen in October, so stay tuned for more updates.

UPDATED December 22, 2015: Having already been renewed for another run, AMC’s critically acclaimed action drama series continues to break its own rating records. The show is currently on a Christmas break, after airing the mid-season finale on November 29, 2015. There is a bit of wait to endure until the current season will resume on the AMC network on February 14, 2016.

UPDATED July 23, 2016: The seventh season of the hit zombie drama series The Walking Dead now has a confirmed premiere date, and its official trailed has also been revealed at the San Diego Comic-Con. The upcoming chapter is set to premiere on October 23, 2016 at 9pm, The season will contain 16 episodes, scheduled to air in two installments, one in the fall, and the other later, in February 2017. The new villain Negan appears in the trailer, but the identity of his victim from the sixth season finale is promised to be revealed in the seventh season premiere. The executive producers are teasing a “fantastic start of a fantastic season”, and there`s perfect reason to believe that it will be just that. Sign up for our automatic updates, and we`ll be sure to remind you of The Walking Dead season 7 premiere date one day in advance.