The release date for Step It Up Season 2 — Pending

This article has the most up-to-date info on the status of Step It Up Season 2 as we continuously monitor the news to keep you in the know. Lifetime is yet to make a decision on its future. Subscribe to our automatic updates below. 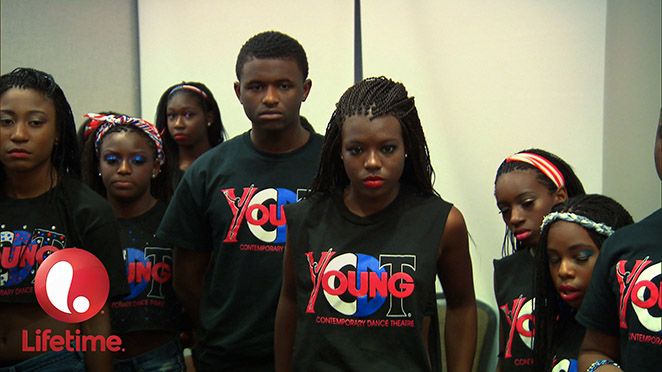 Step It Up is a new American reality TV and documentary series about the world of dancing. Produced by Pilgrim Studios, the docu-series debuted on Lifetime on September 25, 2015.

Traci Young-Byron, a former Miami Heat Dancer and longtime team captain, is the owner of an elite dance company — the Young Contemporary Dance Theatre (YCDT). She is also the star of Step It Up, a new Lifetime reality series that chronicles the daily operations of a dancing troupe. Introduced to viewers through another Lifetime series called Bring It!, Traci’s competitiveness and fierce rivalry with Bring It’s Miss D and her Dancing Dolls, leads to unconventional means to motivate her coed dance team. Audiences will get an exclusive chance to go behind the scenes and see what it takes to create complex dance routines, and observe the often dramatic dynamics between members of the team.

To amplify the drama, each of the eight episodes of season 1 featured weekly competitions between the team members as they dance their hearts out to earn a coveted spot in high-stakes performances. It’s too early to tell whether Lifetime will pick up the show for another season. So far there have been no announcements regarding a possible Step It Up season 2.

Subscribe to receive news and updates when a show is renewed or canceled. You will receive an automatic email when theStep It Up Season 2 Episode 1 release date is officially announced.

Share this with friends:
ReleaseDate.show » Release » Lifetime is yet to renew Step It Up for Season 2
Related Serial
When Will