This article has the most up-to-date info on the status of Beach Flip Season 2 as we continuously monitor the news to keep you in the know. HGTV is yet to make a decision on its future. Subscribe to our automatic updates below. 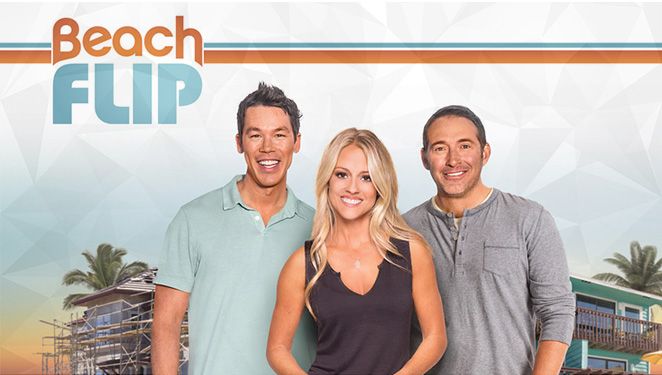 Beach Flip is an American home renovation and design reality TV series that features four teams competing in weekly renovation challenges to win a grand prize. Season 1 of the series debuted on HGTV since it’s debute on July 5, 2015.

Beach Flip followed four teams as they managed a top to bottom renovation of beachfront properties. Each team competed in weekly challenges to win more money for their project. Challenges included a complete living room redesign, full kitchen renovation and even an addition of a multifunctional space. Outdoors space was the name of the game for the final challenge in which Martha Montross and Alex Borre were declared winners. The engaged couple won $50,000 grand prize and a spread in HGTV Magazine.

According to TV critics, season 1 of Beach Flip was a more of a flop for HGTV, so it’s no surprise that months after the show ended the network has not issued any statements regarding the show’s renewal. Hosted by renovation experts Nicole Curtis (Rehab Addict), David Bromstad (My Lottery Dream Home) and Josh Temple (House Crashers), the series did not gain huge success. Reviews have been somewhat negative, so it’s unlikely that it will be greenlit for a second season.

Subscribe to receive news and updates when a show is renewed or canceled. You will receive an automatic email when theBeach Flip Season 2 Episode 1 release date is officially announced.

Share this with friends:
ReleaseDate.show » Release » HGTV is yet to renew Beach Flip for Season 2
Related Serial
When Will