The release date for The Westbrooks season 2 — Pending

This article has the most up-to-date info on the status of The Westbrooks season 2 as we continuously monitor the news to keep you in the know. BET is yet to make a decision on its future. Subscribe to our automatic updates below. 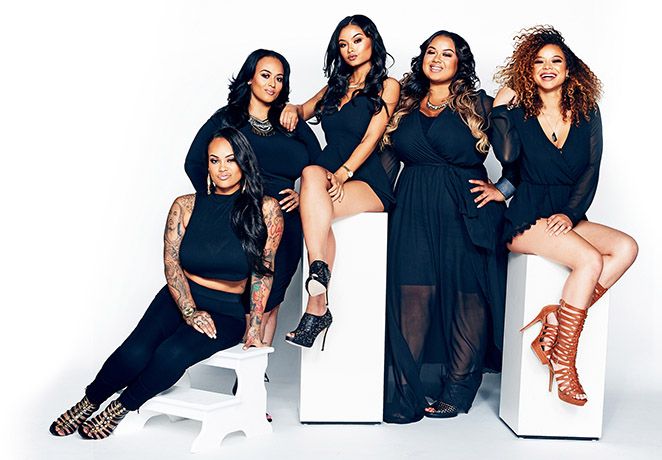 The Westbrooks is a new American reality television series that premiered on October 14, 2015 on the BET network. It follows the lives of five sisters, virtual stars of social media networks who boast a combined online following of 2 000 000 people.

The “social likes to socialites” series` slogan describes the situation rather well. The web-celeb sisters are converting their virtual popularity to real-life dividends – material and other. Their relationship between the sisters, their children and parents, romantic liaisons, business ventures, ideas and their realizations, studying and modeling – all of these and any other aspects are now documented in The Westbrooks show, not only the endless pictures on Instagram. India Love is the propeller of the family fame, the youngest of the five, Crystal is the self-described “hippie”, Morgan is the tattooed owner of a tanning salon, and Bree and Brooke are advocates for the plus-size fashion industry.

The chronicle of the Westbrook sisters` lives has received mixed response from the viewers. Some enjoy real people`s real-life rise to fame and watch on with curiosity, some dislike the young women`s portrayal on the screen (according to some rumors their own father is in this category), some reproach the creators of the show for setting improper goals for youth. Will the series spike enough viewer interest to raise its ratings to a level where BET will renew the show? There are certainly enough internet fans to consider this possibility a realistic one.

Subscribe to receive news and updates when a show is renewed or canceled. You will receive an automatic email when theThe Westbrooks season 2 Episode 1 release date is officially announced.

Share this with friends:
ReleaseDate.show » Release » BET is yet to renew The Westbrooks for season 2
Related Serial
When Will