The release date for Truth Be Told season 2 — Pending

This article has the most up-to-date info on the status of Truth Be Told season 2 as we continuously monitor the news to keep you in the know. NBC is yet to make a decision on its future. Subscribe to our automatic updates below. 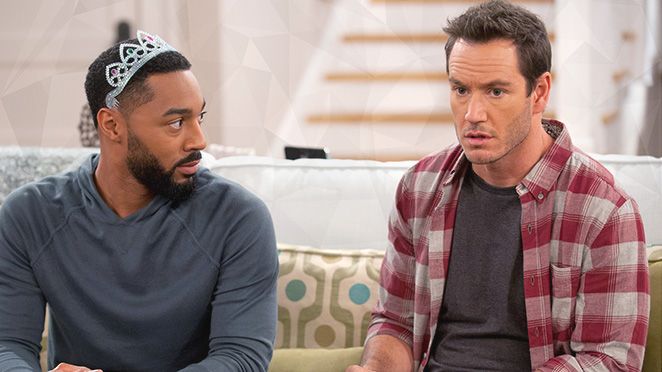 Truth Be Told is a new NBC sitcom series that premiered on October 16, 2015. Created by DJ Nash (presumably the show concept is at least somewhat autobiographical), written by DJ Nash, Joshua Corey and Brian Kratz, the show`s storyline pivots around the lives of two ethnically diverse couples who are both neighbors and best friends.

Mitch (Mark-Paul Gosselaar), a college ethics professor with an eye out for injustice, his wife Tracy (Vanessa Lachey), a tough attorney and a caring mom of a four-year-old, and their counterparts Russell (Tone Bell), a stand-up comedian and his wife Angie (Bresha Webb) discuss anything and everything around them, with race issues being in the spotlight. Life always throws in various occasions for the outspoken friends to set off a conversation about one or the other speculative matter, be it race, sex, relationships, family life or multiculturalism.

The series received mostly negative critical reviews, which forced NBC to reduce the current season to 10 episodes from the projected 13. Truth Be Told is being almost universally criticized for being superficial, fake, and dated to about 30 years ago in terms of controversial racial discourse. NBC`s attempt at an honest and humorous sitcom is deemed a failure by many. Will the season conclude with the same uninspiring ratings that it started off with? Will NBC still make a resuscitation attempt and renew the sitcom series for the next season? It seems like a highly unlikely option, but stranger things have been known to happen.

Subscribe to receive news and updates when a show is renewed or canceled. You will receive an automatic email when theTruth Be Told season 2 Episode 1 release date is officially announced.

Share this with friends:
ReleaseDate.show » Release » NBC is yet to renew Truth Be Told for season 2
Related Serial
When Will

Showtime is yet to renew The Affair for season 4

The release date for The Affair season 4 — PendingThis article has the most up-to-date info on the status of The Affair season 4 as we continuously monitor the news to keep you in the know. Showtime is yet to make a decision on its future. Subscribe…