This article has the most up-to-date info on the status of Natural Born Outlaws season 2 as we continuously monitor the news to keep you in the know. AHC is yet to make a decision on its future. Subscribe to our automatic updates below. 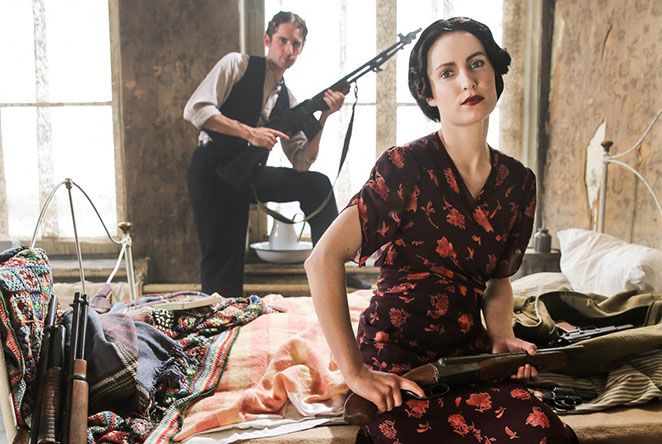 Natural Born Outlaws is a new American AHC historical documentary series focusing on the great American villains throughout history – one person per episode. It is produced by the CMJ Productions II Inc, and executive produced by John Kuyk and Max Culhane. The show premiered on October 21, 2015 and will consist of ten episodes.

The approach to storytelling that Natural Born Outlaws takes is a rather original one – as it features seemingly first-person accounts in the reenactments of the dramatic events on screen. The characters tell us their side of the story, along with the traditional expert commentaries. The legendary Al Capone was the personality chosen for the premiere episode, as it offered some curious insights into his life – from quitting school at a young age to cruel mob boss to conviction on a tax evasion charge to exemplar inmate in Alcatraz prison. Bonnie and Clyde, Machine Gun Kelly, what other true stories of the greatest American outlaws are coming up? What unknown details will be revealed in the next episodes?

The series has had a successful premiere, with the several subsequent episodes also highly praised and the show`s quality confirmed by great ratings. The AHC seems to have managed turning what could have been another historical investigation series among many like it into something fresh and attractive to the eye as well as to the mind. At this point Natural Born Outlaws might be a very likely candidate for a next season renewal.

Subscribe to receive news and updates when a show is renewed or canceled. You will receive an automatic email when theNatural Born Outlaws season 2 Episode 1 release date is officially announced.

Share this with friends:
ReleaseDate.show » Release » AHC is yet to renew Natural Born Outlaws for season 2
Related Serial
When Will