The release date for Follow the Rules season 2 — Pending

This article has the most up-to-date info on the status of Follow the Rules season 2 as we continuously monitor the news to keep you in the know. MTV is yet to make a decision on its future. Subscribe to our automatic updates below. 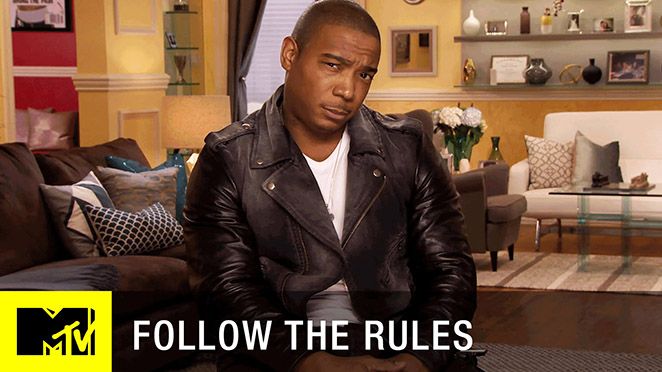 Follow the Rules is MTV`s comedy / “celebreality” half-hour series that focuses on the life of rapper and actor Ja Rule and his family life. The show`s freshman season premiered on October 26, 2015.

Ja Rule`s family is quite a handful for him and his wife Aisha to deal with – the three kids, Britteny, Jeffery Jr. and Jordan, as well as Ja Rule`s and Aisha`s mothers all under one roof. There are challenges of all sorts in this energetic three-generation family. Britteny is off to her sophomore year in college, but the power struggle with her parents is still on. There are skiing and camping trips, neighborhood watches as robberies take place in the homes around, school projects – a medley of events big and small that make family life what it is – fun, chaotic, glued together by a fair dose of love and humor.

The premiere episode of the reality series didn`t score particularly high ratings with a total of 380 000 viewers, drawing 0,17 adults 18-49. Moreover, as per Nielsen ratings, viewership declined to 240 000 viewers in the second week into the debut season, but slowly picked up to the premiere level by mid-November. The show is being criticized for its pre-meditated nature being passed off as something real. There is the sense that it`s neither a sitcom, nor a reality show, but there are certainly enough fans of this particular in-between genre. The chances of Follow the Rules being picked up by MTV for another season are still unclear, it all depends on how interesting Ja Rule`s family life turns out to be in the next episodes.

Subscribe to receive news and updates when a show is renewed or canceled. You will receive an automatic email when theFollow the Rules season 2 Episode 1 release date is officially announced.

Share this with friends:
ReleaseDate.show » Release » MTV is yet to renew Follow the Rules for season 2
Related Serial
When Will

CBC is yet to renew Follow the Money for season 2