The release date for Super Into season 2 — Pending

This article has the most up-to-date info on the status of Super Into season 2 as we continuously monitor the news to keep you in the know. truTV is yet to make a decision on its future. Subscribe to our automatic updates below. 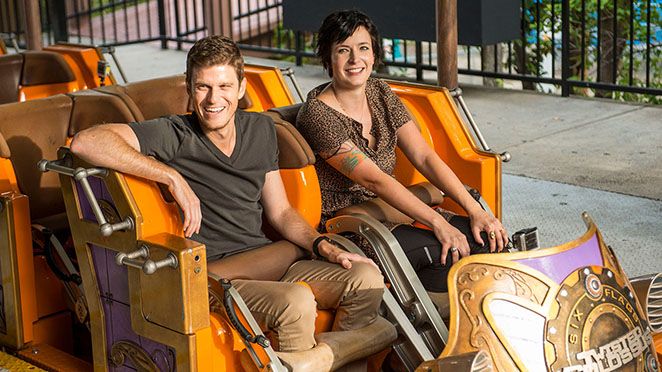 Super Into is a newly launched truTV American celebrity/reality series that premiered on October 26, 2015. The twelve 30-minute episodes are hosted by Kevin Pereira and produced by Matador Content and Casey Patterson Entertainment.

What are the celebrities from different fields really into? What do they do when their busy schedule allows a window of opportunity to enjoy themselves? Well, it turns out that it`s anything from wacky to familiar. Is it collecting sneakers? Smoking weed? Swimming with an octopus? Riding superbikes? Is it something you dream of doing yourself or something that you might find bizarre? Super Into goes beyond the obvious concept of a “celebreality” show, since it provides insightful information about the history and the science-related topics that are behind these hobbies. This is done in an animated or stylized video clip format. The Super Into series is not merely another gossip-filled hot-air balloon, it actually demonstrates the usually concealed human side of the otherwise glamorized celebrities and shows their passions, their active interest in something, which is in and of itself formidable in the modern society. Perhaps this series will inspire some of the viewers to go out and find a passion of their own.

There is no official word on the renewal or the cancellation of the series for the next season, but it seems that Super Into has excellent potential – it`s fun, positive, and goes a bit beyond pure entertainment, possibly breathing an enthusiastic spirit to go out there and do something interesting into the audience.

Subscribe to receive news and updates when a show is renewed or canceled. You will receive an automatic email when theSuper Into season 2 Episode 1 release date is officially announced.

Share this with friends:
ReleaseDate.show » Release » truTV is yet to renew Super Into for season 2
Related Serial
When Will