The release date for Christina Milian Turned Up season 3 — Pending

This article has the most up-to-date info on the status of Christina Milian Turned Up season 3 as we continuously monitor the news to keep you in the know. E! is yet to make a decision on its future. Subscribe to our automatic updates below. 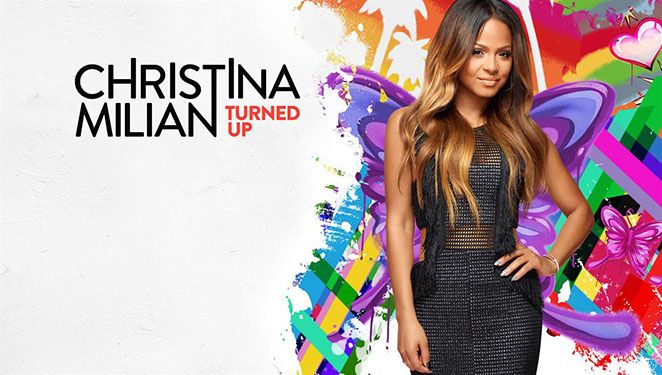 Christina Milian Turned Up is an American documentary reality show that airs on E! It`s co-produced by Banca Studio, G3 Production and Lionsgate Television. Its first season debuted with a double episode special on January 18, 2015, and the second season came out on November 2, 2015. The series is also broadcast in Australia.

The 2009 Grammy-winning singer and actress Christina Milian is back on the music scene after a divorce. The series follows her professional and social, as well as family life in the fiery Cuban-American family that consists of her mother Carmen, younger sisters Danielle and Liz, and daughter Violet. Christina is, however, protective of her rumored dating relationship with musician Lil Wayne, reluctant to bring it into the show`s focus. Among the issues that come to light are being a single mother, re-focusing on her career after a long pause, and other ventures that Christina is undertaking, like buying a wine company. In the second season she takes on a new music team, a move that her mother and manager Carmen doesn`t approve of, supports her sisters as they face various troubles of their own, and shares small bits of her personal life.

Christina Milian Turned Up seems a like a refreshing take on real, relatable issues in life of a real, likable human being. The series hasn`t been an amazing ratings success for E!, but it seems that it attracts enough viewers for the network to take it further, renewing it for another season. There`s been no word from E! yet, but there might be soon, as the current season is about to wrap up.

Subscribe to receive news and updates when a show is renewed or canceled. You will receive an automatic email when theChristina Milian Turned Up season 3 Episode 1 release date is officially announced.

Share this with friends:
ReleaseDate.show » Release » E! is yet to renew Christina Milian Turned Up for season 3
Related Serial
When Will