The release date for South of Hell season 2 — Pending

This article has the most up-to-date info on the status of South of Hell season 2 as we continuously monitor the news to keep you in the know. WE tv is yet to make a decision on its future. Subscribe to our automatic updates below. 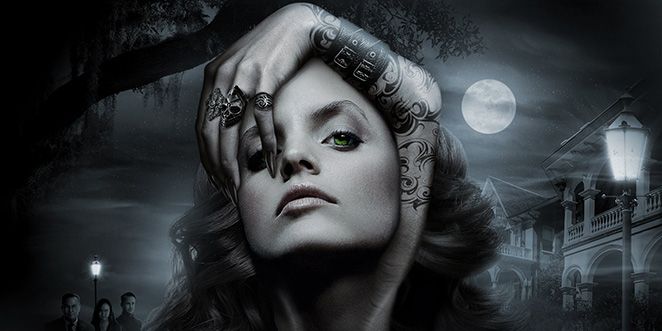 South of Hell is a new American eight-part horror/mystery television series. It was created by Matt Lambert, produced by Blumhouse Television and executive produced by Jason Blum, Eli Roth, Eugene Stein, Stewart Till and Erica Motley. The first seven episodes of the series were broadcast on WE tv back-to-back on November 27, 2015, and the eighth episode was available on iTunes only.

This supernatural drama series is set in the town of Charleston, South Carolina, and centers around tarot reader and demon fighter Maria Abascal (Mena Suvari) and her brother David (Zachary Booth) as they hunt the demons around them as well as the ones within. Hunting demons for a living gets very dangerous, especially for Maria, as the one doing the actual hunting is a demon herself: Abigail lives within Maria and feeds on the souls of other demons. She is part of Maria, but Maria has to fight Abigail in order to survive. David is willing and able to help, but he has trouble controlling his drug addiction.

The series has not been very warmly received by either the viewers or the film critics. Many aspects of the show are under fire – thinly spread story, poor editing choices, cheap-looking special effects, lack of humor and bland dialogue. Even Mena Suvari fans are not particularly forgiving of the show, which brought in an average of mere 122 000 viewers per episode so far. The renewal chances for this unanimously unpopular series seem rather slim, but it`s still possible by some strange twist of luck.

Subscribe to receive news and updates when a show is renewed or canceled. You will receive an automatic email when theSouth of Hell season 2 Episode 1 release date is officially announced.

Share this with friends:
ReleaseDate.show » Release » WE tv is yet to renew South of Hell for season 2
Related Serial
When Will