The release date for Untying the Knot season 3 — Pending

This article has the most up-to-date info on the status of Untying the Knot season 3 as we continuously monitor the news to keep you in the know. Bravo is yet to make a decision on its future. Subscribe to our automatic updates below. 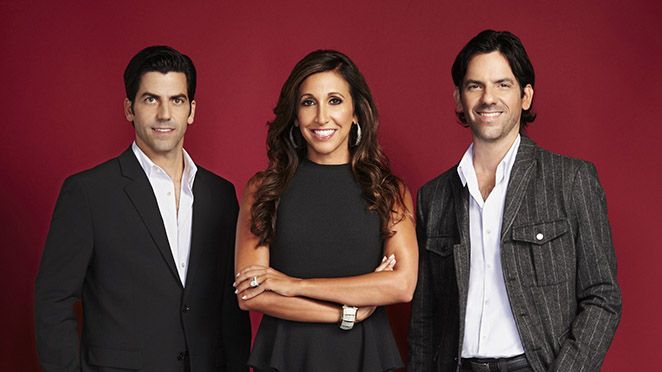 Untying the Knot is a American real-life television series that chronicles the professional life of Vikki Ziegler, a matrimonial lawyer specializing in divorce mediation. The show`s produced for Bravo by Engel Entertainment with Dean W. Slotar, Krystal Kaminsky and Steven Engel serving as executive producers. The series, currently in its sophomore season, originally aired on June 4, 2014.

Vikki Ziegler is a versatile New York and New Jersey civil litigator with a focus on divorce management. She`s not just a practicing lawyer, but also a TV personality who is known for her high-profile divorce case commentaries. Her approach to divorce is refreshing as she seeks to bring her long-term professional experience along with personal childhood memories to taking the stigma off the divorce and make its empowering aspects important in the process. The series also includes appearances by Michael and Mark Millea – brothers who specialize in antiques and come in for appraisals to make the division of assets fair.

In the modern society divorce is a topic that is relevant to many people`s lives. There are different ways to handle a break-up and divide the assets acquired in marriage, and often the option of out-of-court settlement is an attractive one. The show format was expanded from a half-hour to one-hour for the second season but the second season is not faring so well, having taken a plunge from the 1.569 million viewers for the premiere episode to 0.5 million for the following two episodes. We have yet to see whether the “Divorce Diva” will be back on Bravo for a third season.

Subscribe to receive news and updates when a show is renewed or canceled. You will receive an automatic email when theUntying the Knot season 3 Episode 1 release date is officially announced.

Share this with friends:
ReleaseDate.show » Release » Bravo is yet to renew Untying the Knot for season 3
Related Serial
When Will