This article has the most up-to-date info on the status of 7 Little Johnstons season 3 as we continuously monitor the news to keep you in the know. TLC is yet to make a decision on its future. Subscribe to our automatic updates below. 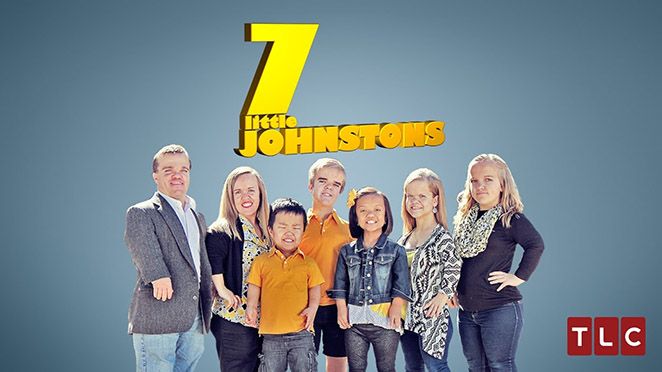 7 Little Johnstons is an American family reality television series that has been on the air since March 31, 2015. It is produced by Discovery Studios for the TLC network, and is currently in its second 10-episode cycle which premiered on November 10, 2015.

The show focuses on the lives of a family of seven people living with dwarfism. There are the parents, Trent and Amber, and five children – two of them biological – Jonah and Elizabeth, and three – Emma, Anna and Alex – adopted from China, Russia and South Korea respectively. The family is dealing with the regular family issues, as well as some utterly unique ones, as the challenges faced by the largest known family of little people in the world are quite distinctive. There`s also an important project, around which much of the family life revolves – the fixer-upper home where they are living right as they are transforming it into the house of their dreams. In the second season the family inhabits their lovely renovated Georgia home and enjoys the summer.

The series has been praised very widely for its sensitive approach to the material and for demonstrating yet again that human beings come in all shapes and sizes, but there are always more similarities than differences between us. The Johnstons are a fun family to follow, and easy to sympathize with. 7 Little Johnstons has fared rather well so far, hauling in a decent 0.851 million viewers, so, hopefully, it will be slated for another season that it surely deserves.

Subscribe to receive news and updates when a show is renewed or canceled. You will receive an automatic email when the7 Little Johnstons season 3 Episode 1 release date is officially announced.

Share this with friends:
ReleaseDate.show » Release » TLC is yet to renew 7 Little Johnstons for season 3
Related Serial
When Will