This article has the most up-to-date info on the status of Railroad Alaska season 4 as we continuously monitor the news to keep you in the know. Destination America is yet to make a decision on its future. Subscribe to our automatic updates below. 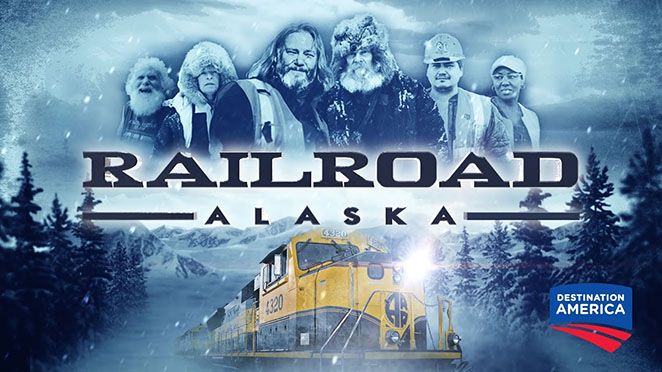 This exciting American reality and documentary series is currently on the air on Destination America, a network that`s dedicated to exploring and celebrating various inspiring places within the US. Railroad Alaska is produced by Windfall Films and executive produced by Carlo Massarella, David Dugan and Caroline Perez. Demetri Goritsas is the narrator.

Lives of homesteaders and off-the-grid families living in Alaska along the 500-mile Alaskan railroad along with the lives of the expert train crew struggling to deliver various, sometimes life-sustaining, freight across under the most dangerous conditions are at the center of this inspiring series. The majestic Alaskan scenery serves as the backdrop for the everyday feats of the people portrayed. There are always unexpected situations, unbearable weather, delays, dangerous animals crossing paths with the characters, and whatever else living the American dream in the wilderness might entail.

The series has a loyal following, but even its audience is complaining about the series being somewhat overdramatic as well as about the repetitive plot - like the fact that in every episode there`s always a segment where the railroad track is blocked, and it`s imperative to clear it in a matter of minutes- of course, the adrenaline wears off after a couple of similar episodes. However, the fascination with the off-grid lifestyle, which is gaining more and more supporters, is present, and there`s a good reason why Railroad Alaska has been running for three seasons. Does it have enough fuel to keep it on the air for much longer in the midst of other Alaska-related shows?

Subscribe to receive news and updates when a show is renewed or canceled. You will receive an automatic email when theRailroad Alaska season 4 Episode 1 release date is officially announced.

Share this with friends:
ReleaseDate.show » Release » Destination America is yet to renew Railroad Alaska for season 4
Related Serial
When Will

Destination America is yet to renew Hillbilly Blood for season 6