This article has the most up-to-date info on the status of Master P`s Family Empire season 2 as we continuously monitor the news to keep you in the know. Reelz is yet to make a decision on its future. Subscribe to our automatic updates below. 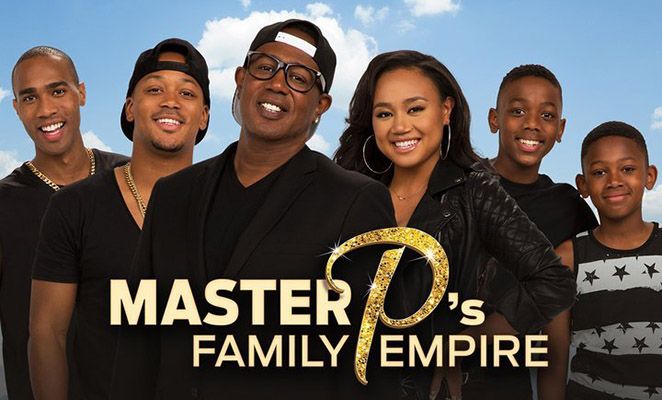 Mister P`s Family Empire is a new American reality series produced by Asylum Entertainment that aired on Reelz, a Hollywood-focused channel, on November 25, 2015.

Master P, born Percy Robert Miller, is a US rapper, entrepreneur, investor, filmmaker, record producer, philanthropist, and that`s not even the end of the list. Now he`s the star of a reality series who let the cameras into his home, where he does his most important job of all – being a single father to five children aged from 10 to 26 – Cymphonique, the only daughter, and the boys – Hercy, Mercy, Romeo and Veno. Master P is a strict, yet supportive father, and much of the show is about dealing with this side of his life. They are a close-knit family and lots of fun to follow on screen.

The fact that the series does not air in New Orleans, where Master P grew up and launched his American dream story of going from what was considered one of the most dangerous neighborhoods in the nation to being a very successful artist and businessman, disappointed him very much. It turned out that the biggest cable provider in the city, Cox Cable, a company that by coincidence happens to be Master P`s first employer in his teenage years, does not give access to Reelz.

Master P`s Family Empire proved to be a real hit for Reelz, with viewership numbers increasing week to week. It is currently the network`s #1 original series both in total and 18-49 audiences. With ratings like this there`s no way this show`s getting canceled – that is, if Master P and his children don`t get tired of the filming process.

Subscribe to receive news and updates when a show is renewed or canceled. You will receive an automatic email when theMaster P`s Family Empire season 2 Episode 1 release date is officially announced.

Share this with friends:
ReleaseDate.show » Release » Reelz is yet to renew Master P`s Family Empire for season 2
Related Serial
When Will

FOX is yet to renew Empire for season 4

The release date for Empire season 4 — PendingThis article has the most up-to-date info on the status of Empire season 4 as we continuously monitor the news to keep you in the know. FOX is yet to make a decision on its future. Subscribe to our…