The release date for Married at First Sight: The FIrst Year season 3 — Pending

This article has the most up-to-date info on the status of Married at First Sight: The FIrst Year season 3 as we continuously monitor the news to keep you in the know. FYI is yet to make a decision on its future. Subscribe to our automatic updates below. 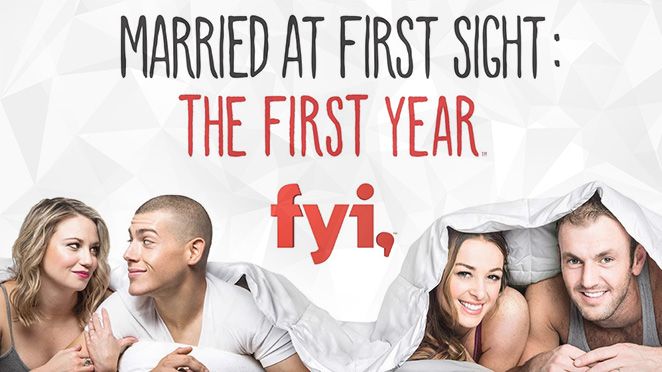 Married at First Sight: The First Year is an American reality television series broadcast on the FYI channel. Based on a Danish series under the same name, the show revolves around the lives of three couples who agree to get married without ever meeting their counterpart before. The series premiered on FYI on July 8, 2014.

The extreme and wacky social experiment that the six people agreed to was set up with the assistance of four experts (a clinical psychologist, a sociologist, a sexologist and a spiritual counselor), who matched the participants to each other. Until the wedding day they had no contact whatsoever, and then, once the couple was officially married – at first sight indeed – the show began documenting their life together – from the honeymoon into the more mundane everyday activities. Several weeks into the relationship each couple must decide whether or not they`d like to stay together or go their separate ways. Two of the three original couples from the Married at First Sight: the First Year first season remained together and signed up to participate in the second season.

The first year of a marriage is often deemed the most difficult, and the issues depicted are easy to relate to for most viewers – at least for the married ones. There are the typical events and choices to be made – getting along with the newly found relatives, perspectives of child-rearing, choosing a place of habitat – and the key problem in the case of the blind marriage couples – basically getting to know each other. Will the FYI and A&E network make a decision to continue Married at First Sight: The First Year for another season?

Subscribe to receive news and updates when a show is renewed or canceled. You will receive an automatic email when theMarried at First Sight: The FIrst Year season 3 Episode 1 release date is officially announced.

Share this with friends:
ReleaseDate.show » Release » FYI is yet to renew Married at First Sight: The FIrst Year for season 3
Related Serial
When Will

OWN is yet to renew Tyler Perry&rsquo;s For Better or Worse for Season 9

OWN is yet to renew Tyler Perry&rsquo;s For Better or Worse for season 10