This article has the most up-to-date info on the status of Dead End Express Season 2 as we continuously monitor the news to keep you in the know. National Geographic is yet to make a decision on its future. Subscribe to our automatic updates below. 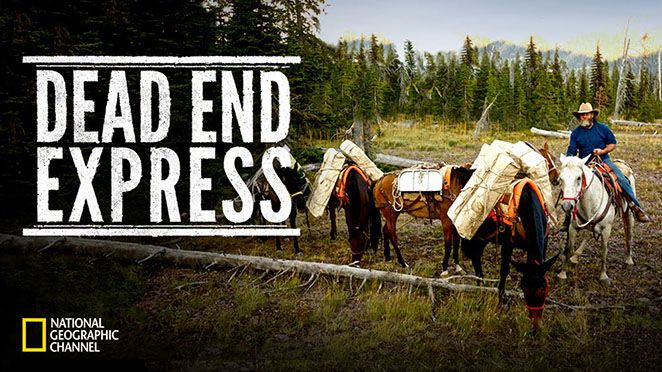 Produced by Original Media and Punchdrunk, Dead End Express is an American docu-series that follows several emergency transporters who dedicate their lives to delivering goods to people living off the grid. Starring seven brave men, Dead End Express Season 1 premiered on National Geographic on May 7, 2015.

From the wilderness of Idaho to the coldest and harshest areas of Alaska, Chuck, Rob, Brice, Roger, Andy, Jeff and Paul cater to those who live miles away from paved roads and telephones. Though to some of us not having Amazon delivery service may seem impossible, the men of this show are true heroes to people, whose lives without take-out is the only reality. The stars of Dead End Express use watercrafts, snowmobiles, huskies and horses to deliver various necessities to those living in some of the most remote corners of the U.S. by ways of frozen rivers, overgrown national forests and snow-capped mountains.

Since its premiere, there has been very little information regarding a possible Dead End Express season 2 renewal. The network has been tight lipped regarding fate of the show and there are virtually no stats on the show’s ratings. Fans who love to watch rugged adventurers as they trek through the treacherous wilderness will need to stay tuned to find out whether this series will make a comeback or be a one season wonder. We’ll have the latest news as soon as it becomes available.

Subscribe to receive news and updates when a show is renewed or canceled. You will receive an automatic email when theDead End Express Season 2 Episode 1 release date is officially announced.

Share this with friends:
ReleaseDate.show » Release » National Geographic is yet to renew Dead End Express for Season 2
Related Serial
When Will

National Geographic is yet to renew Building Wild for season 3