This article has the most up-to-date info on the status of Smartest Guy in the Room season 2 as we continuously monitor the news to keep you in the know. History Channel is yet to make a decision on its future. Subscribe to our automatic updates below. 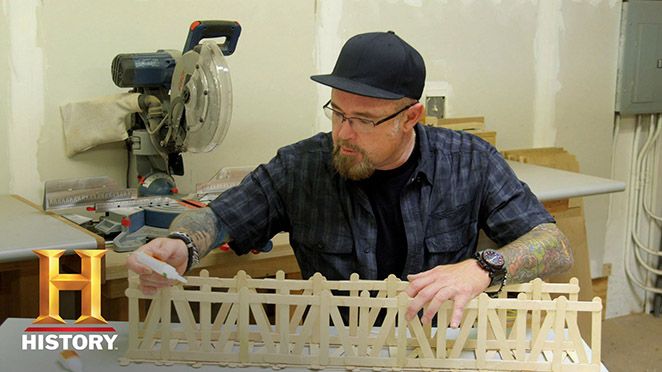 Smartest Guy in the room is an American original documentary and competition series airing on the History Channel. The game show premiered on January 1, 2016. It is produced by Authentic Entertainment and executive produced by Michael A. Miller.

Each episode of the half-hour series tests three guys who might be regular in many ways, except their 140+ IQs. They have blue-collar jobs, but their intellectual abilities go far beyond the usual. In the premiere episode Guy Messenger, Terry Myers and Randy Myers, smart and competitive “certified geniuses”, will undertake a series of challenges that will test their aptitude in different areas and determine who exactly the smartest guy in the room is. The series` debuts as the guys competition against one another involves a memory test, a logical and physics-related problem of stacking a hundred pounds on an egg without cracking its shell, as well as a helium-powered “reverse” race challenge under the name of “How to win by finishing last”, and a packing task.

Brain teasers and competitions have always been popular on television. This type of program allows you to follow along, and almost feels like it is an interactive game. It is fun and educational, while the competition element adds some adrenaline to viewing. The series already has an 8.6 out of 10 rating on IMDb, and the reviews have been mostly positive for Smartest Guy in the Room. It`s a positive influence on the audience in contrast with some of the many pointless reality series, so we certainly hope that there it will be picked up for renewal when the time comes.

Subscribe to receive news and updates when a show is renewed or canceled. You will receive an automatic email when theSmartest Guy in the Room season 2 Episode 1 release date is officially announced.

Share this with friends:
ReleaseDate.show » Release » History Channel is yet to renew Smartest Guy in the Room for season 2
Related Serial
When Will

ITV officially canceled You`re Back in the Room series 3

This article has the most up-to-date info on the status of You`re Back in the Room Series 3 as we continuously monitor the news to keep you in the know. Unfortunately, ITV has officially canceled the series. There will be no Series 3.Basic…