This article has the most up-to-date info on the status of Beverly Hills Pawn season 5 as we continuously monitor the news to keep you in the know. Reelz is yet to make a decision on its future. Subscribe to our automatic updates below. 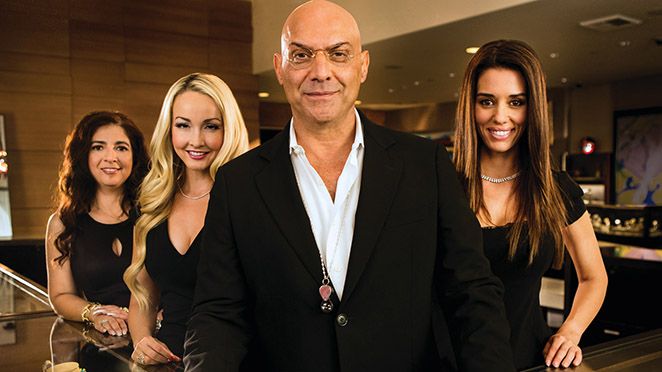 Beverly Hills Pawn is a reality TV docu-series that explores the activities of a luxury pawn shop in the heart of California’s most expensive neighborhoods. The series debuted on Reelz on June 5, 2013 and completed its fourth season on March 28, 2015.

Yossi Dina is a former army captain and current master businessman behind Beverly Hills Pawn. He runs his shop with an iron fist and is has become known for his savvy negotiation skills when making multimillion dollar pawn deals. Filmed on location in “The Dina Collection” pawn shop, the series features Yossi and his crew as they cater to the upper class clientele. Beverly Hills Pawn is a magnet for those seeking to touch of piece of Hollywood’s elite.

Season 4 of Beverly Hills Pawn premiered on January 17, 2015 and aired a total of 13 episodes. Dealing in jewelry and memorabilia, this season profiled relics from a hostage-rescue mission, a gold chain that once belonged to the infamous Elvis Presley, one of Marilyn Monroe’s dresses and an original vintage “Pinocchio” book autographed by Walt Disney. In the sphere of workspace docu-series, Beverly Hills Pawn rates on par with other similar shows. Rated 5.1 out of 10 on IMDb, the show is worth watching for the master wheeling-and-dealing antics of Yossi and his possy. Reelz has not released any information regarding the renewal for a fifth season.

Subscribe to receive news and updates when a show is renewed or canceled. You will receive an automatic email when theBeverly Hills Pawn season 5 Episode 1 release date is officially announced.

Share this with friends:
ReleaseDate.show » Release » Reelz is yet to renew Beverly Hills Pawn for season 5
Related Serial
When Will