This article has the most up-to-date info on the status of Olympus Season 2 as we continuously monitor the news to keep you in the know. Syfy is yet to make a decision on its future. Subscribe to our automatic updates below. 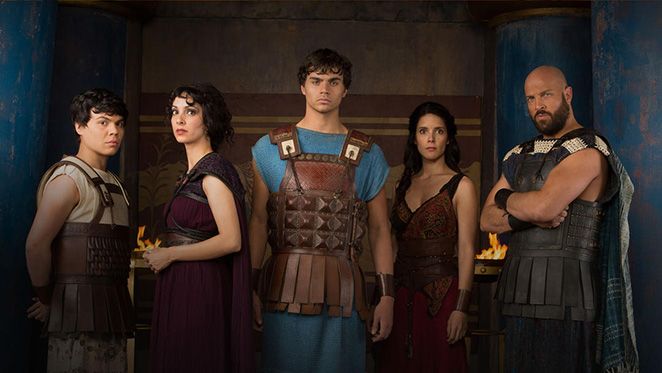 Created by Nick Willing, Olympus is a Canadian-British mythological television series that follows the brave men and women who have banished the gods of Olympus. Olympus Season 1 premiered on Syfy on April 2, 2015 and consists of thirteen episodes.

Olympus tells the story of Hero, who escapes an underground cavern ran by the fearsome Cyclops and finds an imprisoned prophetess – Oracle. Hero has been searching for Oracle for some time and now needs to take her back to the Temple of Gaia, from which she has escaped. Among many reasons why Oracle is dragged go back is Hero’s hope to use her clairvoyant powers to find out who is his father. On his quest, Hero learns unexpected truth about his past, which helps him understand the future.

Premiering on Super Channel in Canada, Spike in the UK and Syfy in the United States, Olympus attracted million viewers in its first season. This high-energy fantasy fairytale boasts great scores of 88% on Rotten Tomatoes and 6.9 out of 10 on IMDb, and definitely has a potential of a bright future. The network and producers have kept quite regarding a possible renewal of Olympus season 2. However, based on high ratings and audience numbers, there is still time for a renewal. We’ll have more information about the fate of Olympus season 2 as soon as it becomes available.

Subscribe to receive news and updates when a show is renewed or canceled. You will receive an automatic email when theOlympus Season 2 Episode 1 release date is officially announced.

Share this with friends:
ReleaseDate.show » Release » Syfy is yet to renew Olympus for Season 2
Related Serial
When Will