The release date for Live to Tell season 2 — Pending

This article has the most up-to-date info on the status of Live to Tell season 2 as we continuously monitor the news to keep you in the know. History Channel is yet to make a decision on its future. Subscribe to our automatic updates below. 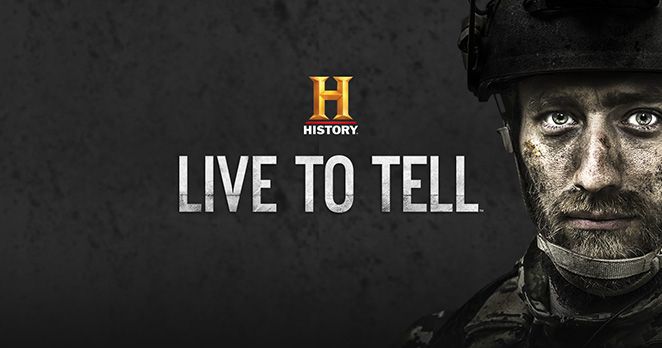 The series is a rare instance of a non-scripted show that gives a very personal glimpse into the reality of US Special Operations Forces and their involvement in the current War on Terror. The first-hand accounts of the actual frontline participants of the events of the last 15 years, beginning in 2001 are revealing and very relevant to our perception of the world, adding a crucial and unique perspective. Archival footage enhances the visceral realistic quality of the material presented in Live to Tell.

Live to Tell addresses very important issues that have to be acknowledged, as they affect our lives in more ways than one. There have been both losses and triumphs in these years, and it is equally important to be aware of both. The men and women of the Army Rangers, Navy Seals and the Green Berets who put their lives on the line in Afghanistan, Iraq and other places deserve to be recognized and their accounts of the specific operations they were involved in are certainly fascinating to hear. This is history made in front of our own eyes, and it is important to be able to focus in on personal experiences and not necessarily on the broader military and political reasoning behind the war, which is done much more often. There are many more stories to tell, so hopefully, there will be some sort of a continuation of this important and compelling series,

Subscribe to receive news and updates when a show is renewed or canceled. You will receive an automatic email when theLive to Tell season 2 Episode 1 release date is officially announced.

Share this with friends:
ReleaseDate.show » Release » History Channel is yet to renew Live to Tell for season 2
Related Serial
When Will