The release date for Still Open All Hours series 3 — Pending

This article has the most up-to-date info on the status of Still Open All Hours Series 3 as we continuously monitor the news to keep you in the know. BBC One has officially renewed the series for another season. To get notified of the premiere date – subscribe for updates below. 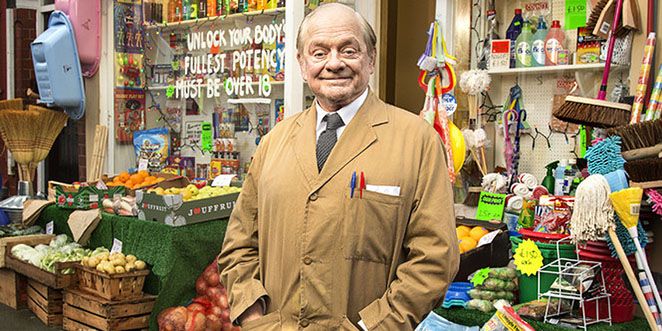 Still Open All Hours is a British sitcom television series airing on BBC One since December 26, 2014, with the current second series released on December 26, 2015. The program is a sequel to Open All Hours, a popular show that ran from 1976 to 1985. Both the original series and the sequel were created and written by Roy Clarke.

The series is set in the Arkwright corner shop, which the lead character, Granville (David Jason) inherited from his Uncle Arkwright. He runs the business with the help of his son Leroy (James Baxter). Still Open All Hours follows the daily life of the shop, its owners and customers. Granville is forced to figure out new schemes to make money and pursues an old flame of his, Mavis (Maggie Ollerenshaw).

The voices of the critics and the viewers are split on whether reviving a brilliant and universally beloved series from comfortable old times was a good idea. The opponents claim that Ronnie Barker, who played Uncle Arkwright, was at the core of the original series` success, and complain that the humor is dated in the sequel. The proponents of the sequel, on the other hand, claim that while the departure of Ronnie Barker is a huge loss for the program, it has many other positive qualities to keep it afloat – a great cast with a mix of old and new faces, a pervading feeling of community spirit, the gentle humor. The premiere of Still Open All Hours` second series was a Boxing Day hit, with an average viewership of 9.4 million and a share of 35.5% among all TV viewers between 7:45 pm and 8:15 on December 26, 2015, making it the most watched program on that day. There`s a great chance that we will see more of the endearing Arkwright shop inhabitants in the future.

Updated January 22, 2016: The day-to-day routine at the Arkwright shop is to come back to BBC One for a third season, the series` star Sir David Jason has announced to the media. The excellent viewership numbers – around 7 million viewers per episode and a 30% share of the audience provided a sure return ticket for the hit family show. The exact date of the release is yet to be set, so sign up for our notifications and receive all the relevant news in an automatic e-mail.

Share this with friends:
ReleaseDate.show » Release » BBC One has officially renewed Still Open All Hours for series 3
Related Serial
When Will