This article has the most up-to-date info on the status of 90 Day Fiancé season 4 as we continuously monitor the news to keep you in the know. TLC has scheduled the premiere date for a new season for September 11, 2016. 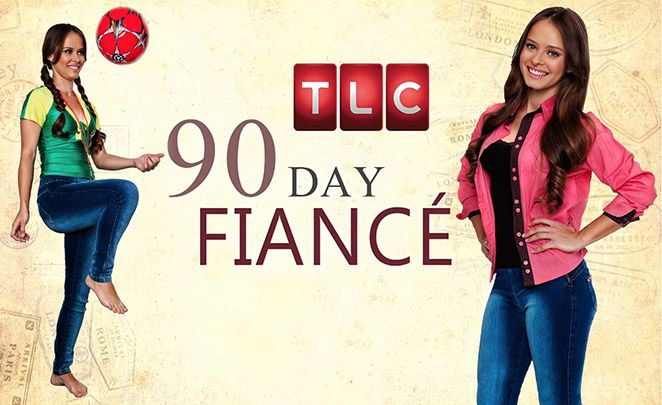 90 Day Fiancé is a reality television series that is being shown on the TLC channel in the US. It is produced by Kevin Rhoades and Sharp Entertainment. The show premiered on January 12, 2014, and the current 3rd season started on TLC on October 11, 2015.

The real-life characters travel to the United States on a 90-day fiancé visa to start a new life with their US citizen fiancés. The show follows their relationship as it unfolds against a backdrop of a variety of issues, such as the language barrier, cultural differences, sometimes skeptical family and friends. The intrigue also lies in the fact that the couples are pressed for time – if in 90 days after fiancé`s arrival the couple doesn`t marry, then he or she has to leave the country. Some couples do go through with the marriage, some don`t make it to the wedding day... Sometimes awkward, sometimes funny, always unpredictable, 90 Day Fiancé has proven to be a hit with the audience.

90 Day Fiancé has been a ratings hit for the TLC channel. The story offers endless possibilities for new couples coming into the show and their relationships taking all kinds of twists and turns on the way to potential happiness. As the viewers have shown strong support of the series, there is no wonder that it has got an extended engagement – the much tweeted-about show has been renewed for a fourth season. It is not quite clear when exactly the show will hit the screen, but we do know that it certainly will.

Updated December 2, 2015: 90 Day Fiancé, TLC`s unusual take on the issues of love and international marriage is getting picked up for a fourth season. The record viewing numbers that the show has enjoyed have made this a predictable renewal, even in view of the average, or mixed reviews that it has received from the critics. Will the newcomers to the show manage to get past their cultural differences? Will the couples formed in the past seasons stay together or break up? Find out all of this, and more in the fourth season of 90 Day Fiancé! Subscribe to our notifications and we will send you an automatic e-mail when the exact release date is announced.

UPDATED June 12, 2016: The release date of TLCs 90 Days Fiancé`s fourth season has been confirmed. It is scheduled to air on September 11, 2016 at 9/8c. New engaged couples are featured in the upcoming season of 90 Day Fiancé. One of the participating couples has been revealed already, it is a Florida native Nicole (21) and Moroccan Azan (23), who have been engaged in a long-distance relationship over the internet and have now met to discover how much they actually have in common. Tune in after Labor Day and find out who else is getting hitched. There is also a spinoff of the series, with a working title “90 Days Fiancé: After the 90 Days”, set to air on the same day after the main program. It will feature fan favorites Danielle and Mohammed, Melanie and Devar , Loren and Alexei, Kyle and Noon, Brett and Daya and Russ and Paola. Sign up for our automatic updates, and we`ll remind you of the premiere date one day in advance.